Although it was a bye week for football, other Eagles saw plenty of action over the past few days. Here’s what you may have missed:

Granted, it’s not the Holy War we are used to, but any chance to play Notre Dame in any competition is a big deal. Because that’s what BC does.

The men’s soccer team hosted Notre Dame on Saturday night in the team's first match-up against Notre Dame since 2004. A huge crowd drew in to watch Notre Dame's first-ever ACC game against BC, which came to a 1-1 draw after double overtime.

Freshman Isaac Normesinu tallied his first career goal for BC in the 17th minute, but a quick Irish counterattack and Nick Butler's second yellow card in the 60th minute stymied any hopes for additional BC goals. The Eagles are 2-2-2 overall, and 1-1-1 in the ACC. 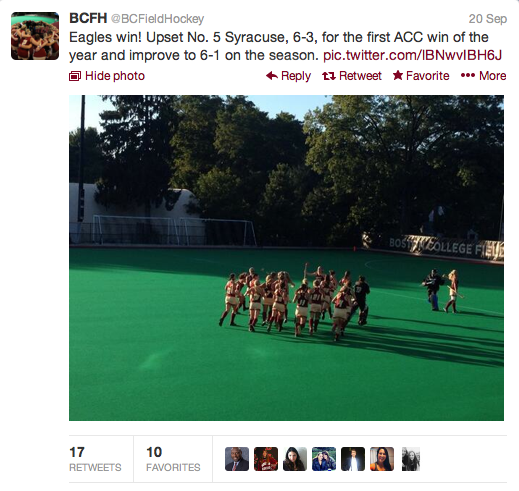 The women’s field hockey team hosted the No. 5 Syracuse Orange on Newton this past Thursday, and came up with a momentous 6-3 win. The Eagles scored 3 goals in less than 3 minutes to cap off a huge comeback after being down 2-1 in the first half.

This marks BC's first win against the Orange since 2009. This upset of the previously undefeated Syracuse squad along with a 2-0 win against Providence on Sunday afternoon brings the Eagles to 7-1 overall and 1-0 in the ACC.

Struggling to consistently find the net during their home-home series against ACC rivals Virginia and Virginia Tech, the BC women's soccer team fell to 4-5-0 overall and 1-2-0 in the ACC.

Virginia went ahead with back-to-back strikes in the second half, surpassing senior Stephanie McCaffrey's lone goal that came in the 47th minute and giving the Cavaliers a 2-1 victory.

Virginia Tech bested BC on an early penalty kick, and a BC offensive unit, though persistent, could not generate any chances off breaks.

BC will face No. 6-ranked Wake Forest at Newton on Thursday at 7 p.m.

Loss to Harvard wraps up New England Challenge for Volleyball

After clinching the first set, the women’s volleyball team gave up three sets against Harvard. Their 3-1 loss marks the end of the New England Challenge, which included a 3-1 loss to Northeastern this past Friday. The Eagles begin ACC play on Saturday against Miami in the Power Gym at 1 p.m. 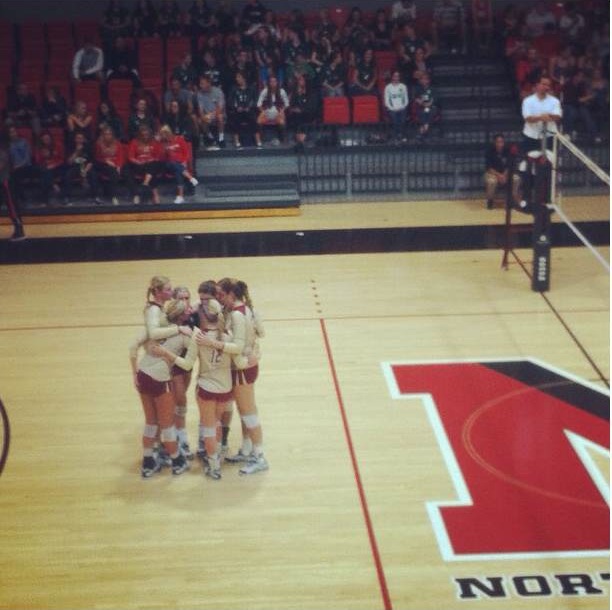