Home›Sports›BC Eagles›Basketball›An Interview with the No. 2 Club Basketball Team in the Country

An Interview with the No. 2 Club Basketball Team in the Country

Boston College has the second ­best club basketball team in the country. That’s right, the men’s club basketball team bused down to North Carolina two weekends ago to participate in the NIRSA National Basketball Championships and brought a well-­earned second place trophy back to Chestnut Hill after falling to Cornell in the final game.

I caught up with coach Bryan Sun, senior Jon Na, and junior Mike Mendes to get their take on the experience. Here’s what they had to say about it:

1. Which opponent proved the most challenging obstacle on your way to the championship game?

Jon Na: Besides Cornell, I would say that the most challenging team was Villanova, the regional champs from the BU tournament (BC placed second). Villanova is very much like us: long, big, and skilled. We had a 4-point lead at half and then stretched it to 9 only for them to fight back to 4.

Bryan Sun: Our first game of the morning on Sunday was a 9:30am tip versus 2013 National Champion Howard in the quarterfinals. Their style is the opposite of ours. They had one big man who started but rarely played. Besides that, they ran pretty much five guards, all of whom had size, quickness, and athleticism. We knew they would press all game and sure enough they did.

2. In your opinion, who was the team's MVP of the tournament? Why?

Mike Mendes: The MVP for us was definitely Kieran Hughes. He dominated the paint in every game we played, establishing a great inside presence for us. That opened up our outside shooters for opportunities when they collapsed on him.

Jon Na: I think it was clear cut that Kieran Hughes was our MVP during the tournament. To put it into a statistical perspective, he probably averaged 35 points and 20 rebounds per 40 minutes of play. It was fun to watch greatness, and I was lucky to be on the court with him.

3. Which player had the most surprisingly positive impact on the tournament? Were there any unexpected key contributors in a particular game?

Bryan Sun: DJ Fajana and freshman Charlie “Chuck” Irwin stepped up. They both provide athleticism. [With]­­ DJ in the post and Chuck on perimeter, that allowed us to strive on a consistent basis. They are typically the first two guys off the bench and provide us with a spark when needed.

Mike Mendes: DJ had an OUTSTANDING tournament. His game is comparable to someone in the NBA like DeAndre Jordan; we know he’s not going to face someone up, make a move, and go get a bucket, but when he gets into the game, it’s a nightmare for the other team’s offense.

4. Any fun off-the-court stories that I can publish in The Gavel (i.e. PG-rated)?

Bryan Sun: Without a doubt the best experience was Saturday night when we were taken out to dinner by six parents who made the trip for the weekend. We went to a local BBQ place. Right after our first round playoff game vs. UNC, the parents asked me if they could treat the team to dinner. I left it up to the team – and they obviously would not pass up free food!

Jon Na: I think one of the funniest moments was when the freshmen and I were arguing about the top five rappers and ball players of all time during a car ride back to the hotel. During our debate, I remember trolling one of the freshmen for putting Drake in his top five, so much [so] that he wouldn't talk to me until the end of the car ride (not going to say who, but he knows who he is).

5. How do you think the team fared compared to the internal expectations going into the tournament?

Bryan Sun: We always had a goal of winning a national championship. I told the team last year I wanted to win it; I believe we had the talent. We lost to Yale—who went on the win the National Championship ­—at the BU Regional. This year was no different. I knew we had the talent to compete with any team and it was a matter of putting it together. We did enough this year to win but ultimately came up short in the championship game. So to answer your question, we met our internal expectations for sure.

Jon Na: Going into the tournament, I knew we had what it took to win it all even though I knew no one else thought about us as a threat. We were easily one of the most balanced and disciplined teams at the tournament, and we executed better than I ever could imagine. So I guess you could say I felt we underachieved by not winning it all, but coming out of nowhere and beating two regional champs (Dayton and Villanova) is nothing sneeze at.

6. What does the team need to improve upon next year to get back to the championship game and win it?

Mike Mendes: We need to focus more on the offensive end by being patient and letting the movement of the offense do the work for us. Many times, we found that we rushed our shots when we could’ve reversed the ball a few more times and gotten something better. Defensively, we need to work on our help side, particularly not over-­helping, leaving guys open on the perimeter for shots.

Jon Na: The addition of another big body would probably help the team most. We are losing Phil O'Connor and had already lost Alexander Heiman earlier to injury. So that's two guys over 6'7" that we are losing. But having a big boy in Miles "Pillows" Powe definitely helps.

7. How did the competition compare to your high school's league?

Mike Mendes: This tournament was very comparable to an AAU tournament, we all felt like. Very fast ­paced with a lot of games over a short period of time. In high school, I played in an elite league in the Northeast with many high-­caliber players, such as Nerlens Noel, Michael Carter­ Williams, Tyler Ennis and Nik Stauskas. Therefore, the level of competition wasn’t necessarily on that level, but it was very good for club level.

Jon Na: The competition was similar to my high school experience, but you could definitely tell that there were college kids. There were guys who were just very big and even some graduate students. However, it was a bit different in that we had to take care of all the travel and stuff, so the fact that we were in charge of ourselves was a fun aspect that club sports created. 8. What was the most memorable on-court highlight of the tournament?

Bryan Sun: Probably the final few minutes of the Howard and Villanova games. We hit all of our free throws and did not allow the teams to close the gap. It’s a great feeling when we secure the rebound and the team is left fouling you to extend the game, only you keep hitting free throws to put the game away.

Mike Mendes: My most memorable moment on the court came in the semifinals against Villanova. Kieran gave me an outlet pass, and I drove on the fast break from the sideline to the middle of the court and right before I got to the basket, I dropped it off to DJ who slammed it over two of the Nova defenders. The play really sparked our team, giving us well­-needed energy to close out the first half on a run en route to a big semifinal victory.

9. Anything else you want to add?

Bryan Sun: We left a lot of talented players home. Even for those who traveled, I'm sure they wish they had received more time. Playing time equality (is that a thing?) is something that's always on my mind. In the end tough decisions are made, but it's just a part of the job that is less enjoyable.

Jon Na: Just a shoutout to Alexander Heiman, the co-founder of the club team. Unfortunately because of a shoulder injury, he couldn't participate in nationals for his last year. He and I started this program and did most of the hard work in reserving hotels and getting us there. There's no one else I would have wanted to start this program with and happy to have played on the same court as him.

Mike Mendes: Special thanks to the BC Rec and Club Sports departments for helping us all along the way, start to finish. Also, we’re all very grateful that we have a coach that volunteers his time throughout the week to be with us and help us achieve our goals ­—thank you Bryan! Finally, this senior class is the group that started the club basketball team, and it goes without saying that we’re all thankful for Jon Na and Alex Heiman for seeing an opportunity to create a program. 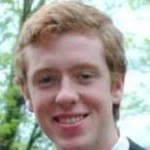