A Timeline of Roggie's Brew and Grille's Closure

Dylan Fitzgibbon, 20, falls down a flight of stairs inside Roggie’s and suffers severe brain and neck injuries. Unsure of how to handle the situation, around closing time the Roggie’s staff contacts the owner of Roggie’s, John Rogaris, who allegedly suggests moving Dylan outside of the bar by the dumpster. No medical assistance is provided for Fitzgibbon until passerbyers notice him against the dumpster about a half hour later. Fitzgibbon is then rushed to Beth Israel Deaconess Medical Center.

Police question Rogaris about the use of his video surveillance system. In an email to police, Rogaris claims that the video equipment does not actually work. However, detectives from the homicide unit come across surveillance machines that have the capacity to record video; they then obtain a warrant. With the warrant, the detectives find a video in which two people are seen carrying a seemingly unconscious body outside of the area at 2:34 a.m. on May 23rd, 2014. The video obtained also shows Rogaris attempting to tamper with the wires on the back of the DVR machines. Oddly enough, no video from inside the bar is found.

Roggie’s receives a warning from the Boston Licensing Board for serving complimentary drinks as part of a Coors’ Lite promotion.

Rogaris is charged with: withholding evidence during the course of a criminal investigation, witness intimidation and two counts of misleading an investigator. The witness intimidation charges stem from Rogaris’ attempt to bribe one of his employees to take the fall for the incident. Rogaris reportedly told the witness that he would be taken care of financially.

The Boston Licensing Board approves a new manager for Roggie's.

Rogaris is pleading not guilty to all charges, and has yet to go to trial. Rogaris is being represented by Alan Rose, and the prosecutor of the case is David Bradley. The trial will eventually be held at the Suffolk County District Attorney's office.

If everything goes well with the licensing and paperwork, Agoro, a Greek-style pan pizza restaurant with another location in Somerset, Mass., could potentially open in one to two months. If the process takes a long time, Agoro may not open until the start of next year. Agoro plans to fill a similar niche to Roggie’s, and it is in the process of acquiring a liquor license. 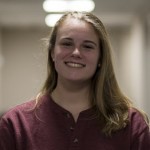