Home›Opinions›Beyond Campus›Opinion: Why I Won't Change My Profile Picture For Paris

Opinion: Why I Won't Change My Profile Picture For Paris

“Love and compassion are necessities, not luxuries. Without them humanity cannot survive” - His Holiness the 14th Dalai Lama

On Saturday, November 14th, the intense sorrow that resulted from reading NPR’s account of the Parisian massacres stayed with me for the remainder of the afternoon. So much so that I could hardly think about anything other than the panic that the victims inevitably experienced in those moments of terror. I began to feel guilty and borderline nauseous for carrying on with my life when so many had just been taken.

This bout of internal devastation transformed into a general disappointment when I logged on to Facebook. My timeline was peppered with profile photos sporting the French flag as a filter.

While this trend reflects genuine intentions of compassion and sympathy, at heart it’s superficial and slightly disrespectful. Those who changed their profile photos have ended up treating love and compassion as luxuries that extend only to the smallest fragment of humanity, rather than as necessities deserved by all.

It’s even more disappointing to see the French tricolor superimposed on a picture from a BC tailgate or a night in the mods. It’s inconsistent and downright insensitive to claim solidarity in this fashion. Terrorism and tailgates don’t go together. One striking example is  that people often add temporary profile pictures on game day to show support for their football team. How can we condone the same action as a response to unbearable tragedy?

My disappointment compounds from the fact that it takes a terrorist attack on a major Western city and the accompanying barrage of media coverage to highlight the lack of reporting of other tragic events, specifically those that take place in the global south. Privilege and protection have allowed us to pull a veil over our eyes and screen out the excess noise. But suffering in non-Western nations is not and should not be considered excess noise.

In an increasingly globalized world, tragedy has simply become a part of the daily news cycle. A conversation on the bombings in the Middle East is almost surely to contain words like “again” or “another” because in our Western eyes, those types of attacks are routine and to be expected. We have allowed the frequency of terrorist attacks in certain geographic areas to become inversely related to the amount of compassion we deem appropriate to express. But compassion is not a commodity to be distributed unequally or a limited resource to be conserved; it’s a necessity.

The spotlight on Paris extends past Facebook, making itself well at home both on Instagram and Twitter. Even YouTube’s traditionally solid-red logo now sports the French blue and white stripes along with the tagline “We stand with Paris.” This level of selective, Eurocentric compassion will not solve anything. And neither will changing your profile picture.

Where are the Iraqi and Lebanese flags? Have Baghdad and Beirut not suffered as Paris has suffered? They are only mentioned in conjunction with Paris, not as separate events with their own traumas. Who stands with the millions of Muslims who will be ostracized worldwide simply for being of the same belief system as an extremist group? What about the myriad of attacks preceding this? Where is the Syrian flag? Where is Pakistan’s acknowledgment?

This is not in any way to cheapen the pain and loss that those in Paris have experienced. It is to say that when we equate a tinged profile picture with solidarity and with making a difference, we lie to ourselves and we fail those who need our help. Perhaps by changing our profile pictures, we feel as if we’ve in some way helped or made a difference. But we haven’t.

If we were to spend less time changing our profile pictures and more time educating ourselves on global sociopolitical realities, we would have a more intelligent and equipped population for dealing with future conflicts, and perhaps we could find a way to end these attacks before they started. 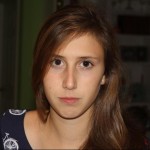