The Eagles extended their NCAA leading 25 game winning streak to 26 in dominating fashion with a 6-1 victory over the University of Vermont. From start to finish, Boston College clearly had the advantage on both sides of the puck.

Offensively, Boston College was able to score six goals with their ability to make quick passes up and down the ice. Vermont often found themselves on odd man disadvantages during Eagle attacks. On the defensive end, Boston College stifled the Catamounts, allowing just one goal and hindering any offensive chances in the opposing third. BC was quick to intercept passes and disrupted many offensive possessions by forcing Vermont’s puck movement into the corners.

During the first period, Vermont was able to keep Boston College’s offense at bay. Even with a large advantage in the shots department, the Eagles were only able to score one goal. With three minutes left, sophomore Kenzie Kent got the Eagles on the board. However, the Eagles still failed to execute on many open scoring opportunities. Vermont’s goalie Molly Depew had a strong period, saving 13 of 14 shots. Although up by a goal after the first period, coach Katie Crowley was disappointed in not having a larger lead. “We had a few missed nets tonight that I thought could have been goals if they were on net so we need to tidy those parts up as we keep going,” said Crowley.

In the second period, those missed opportunities quickly turned into goals. Two quick scores by Haley Skarupa and Alex Carpenter gave the Eagles a 3-0 lead. Vermont’s defense began to unravel as Boston College created much more effective offensive opportunities. Later in the period, Carpenter added her second goal of the night, and just a minute later Megan Keller put the Eagles up 5-0. The second and third periods certainly saw Vermont paying for their defensive mistakes. Miscommunication between defenders allowed many man advantages for Boston College. Early in the third period, Vermont suffered a devastating line change miscommunication, allowing a Boston College breakaway. Dana Trivigno buried the puck in the back of the net, giving the Eagles a 6-0 lead. The Catamounts also lacked discipline as they saw three players go to the penalty box in the second period and two more in the third.

Fortunately for Vermont, Boston College had its own struggles. In six power play opportunities, BC failed to execute. Although Coach Crowley experimented with different power play units during the game,  she still would have liked to see better results. “Luckily we didn’t need those power play goals, but that’s something we’re going to continue to work on and continue to try and tweak a little bit,” Crowley said. “When we are in tighter games those power plays are going to mean more and that’s something we really have to lock in on when we get those scoring opportunities.”

Besides a late third period goal by Vermont, Boston College completely shut down the Catamounts and proved why they are the number one team in the country. Up next is Merrimack on January 27th. The Eagles will look to extend their winning streak to 27 games before matching up with Harvard in the Beanpot. 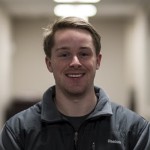