Features, On Campus
by Darby Thompson

In case you haven’t stepped foot in the Plex since being back on campus, now is the time of New Year's Resolutions.

BC students, however, are not the only ones on campus who have set new goals for the spring semester. At meetings during the final weeks in January, advocacy groups on campus outlined their own aspirations and ambitions for the remainder of the academic year.

One such group, Students for Sexual Health (SSH), aims to expand its influence to reach all students, with an emphasis on the educational aspect of its mission. SSH’s mission is to educate and to advocate for sexual health resources on campus. However, because SSH’s mission conflicts with Boston College’s Jesuit Catholic tradition, it is not a recognized student organization. Without the ability to post flyers, hold events, or even use the name Boston College in the organization’s title, its goal to expand its on-campus presence presents substantial challenges. Despite these challenges, SSH insists on the importance of achieving its goals in order to create an inclusive atmosphere surrounding sexual health.

Additionally, the dominant discourse for discussing sexual health is heteronormative, but SSH aims to expand its sexual health advocacy and education to include queer sexual education. Even if students do not fall into one of these categories, every student may benefit from more easily accessible resources and more education about sexual health.

Sarah Bradley, LSOE '17, a member of SSH's Education and Events Committee, shared her views on the potentially positive effects that the accomplishments of SSH’s goals may have on the entire student body: “Even when students have the [sexual health] resources they need, they still may not know how to use them in the best and most effective way possible.”

Hence, this semester, the organization is emphasizing the expansion of educational—as well as material—resources.

“A lot of people see us as the kids who hand out condoms,” Bradley explained, “but we want to be seen as an advocacy group that educates and informs students.”

Another advocacy group striving to become more visible at BC is Climate Justice at Boston College (CJBC). Specifically, CJBC advocates for BC to divest any and all of its endowment money from the fossil fuel industry. More broadly, CJBC aims to restore the call of activism to the Jesuit education. Like SSH, this semester CJBC is aiming to focus its efforts on expanding the educational aspect of the organization. As a newly recognized student group, CJBC is optimistic about its ability to reach more students with more information about its mission. However, the new status as a registered student organization is not the only reason CJBC is optimistic about its ability to pursue its mission.

“Some people claim that BC students are apathetic about activism,” explained Ellie Tedeschi, MCAS '16, a member of CJBC’s Coordinating Team, “but CJBC thinks that is wrong. We think that students are incredibly passionate about social justice and that the lack of activism comes from a lack of understanding climate change’s immediate link to social justice—not from an antipathetic worldview.”

CJBC recognizes that many students have had exposure to the peripheral communities most severely and negatively affected by climate change. Arrupe International Service Program, for instance, exposes students to the realities of communities of the Global South that currently suffer from the effects of climate change. The passion for serving these communities, therefore, already exists.

CJBC aims to motivate, encourage and empower students to use their voice—instead of their hands—to further serve the marginalized communities for whom they already feel a call to service. To facilitate this call to action, CJBC will hold information sessions on the four pillars of investment—economic, political, environmental, and ethical or moral. These sessions will outline the intersectionality of social justice issues, including racial injustice and economic inequality. CJBC’s emphasis on educating the student body stems from its theory that advocacy necessarily requires accurate information.

Tedeschi reiterated, “Misdirected or misinformed action can do harm. CJBC seeks to educate and then activate.”

Although it is halfway through the semester, advocacy groups on campus are energized and enthusiastic about pursuing their new goals to promote social justice on and off campus. Students interested in joining advocacy groups should reach out and speak up. 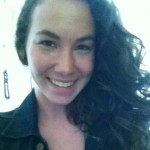