Michele Norris Explores the Importance of Initiating Dialogues About Race

BC News, News
by Lillian Nagengast

The Distinguished Speaker Series hosted another speaker on Feb. 15, welcoming Michele Norris, award-winning journalist, author, and longtime host and special correspondent for National Public Radio, to Boston College at 1 p.m. to discuss how Grace of Silence: A Family Memoir grew out of a journalistic quest to learn about how America talked about race.

Norris opened by describing how often in life she had “taken left turns, and the path least expected,” speaking in a voice that was truly unique – both authoritative and soothing – immediately putting the room at ease and creating a conversation-like atmosphere rather than a keynote address. She explained how in her younger years, “taking the path least expected” meant switching her major to communications after three and a half years of pursuing an engineering major, and how this idea of taking a “left turn” related to how she came about writing her memoir.

Norris became interested in writing a book during the time surrounding the 2008 election. In this election there were many firsts—the first African American candidate running for the Democratic nominee, the first woman running for the Democratic nominee, and also the first woman running for Vice President on the Republican bill. It was these firsts, Norris described, that initiated conversations about race and gender that had never occurred before. It was within these conversations that Norris first heard the term “post-racial.”

America in 2008 wasn’t “post-racial” or “most-racial,” as Norris described, but for the first time, people were having conversations about race. The term “post-racial” sparked Norris’s interest, and she wanted to create a radio show related to how Americans talk about race. She and a colleague went to York, Pennsylvania, put together a diverse group of voters, and facilitated questions to the group about race. Norris asked questions like “Do black Americans make too much of race?” and “Do white Americans underestimate their privilege?” Norris received candid, honest answers, and created nothing short of “radio magic,” as she called it.

It was after this dialogue around race that Norris’s idea for her book took a “left turn.” For the first time, Norris explained, older African Americans in her family began telling stories they had never told before. She thought this sudden openness stemmed from the way in which her family members, who lived in Jim Crow America, were now witnessing things they never deemed possible—such as the possibility of an African American family living in the White House.

Norris explained how these new, candid conversations with her family about their history always happened around the dinner table. One of the most striking stories that Norris describes in Grace of Silence: A Family Memoir, is her discovery that her father was shot by white policeman in Birmingham, Ala. in 1946. Her father was stopped by police officers while trying to enter a Temple, and after confronting the officer, her father was shot in the leg.

Another just as striking story was Norris’s discovery that her grandmother was a traveling salesman for Aunt Jemima Pancake Mix, dressing up as a “slave woman,” as she described, and traveling across the country to sell the concept of convenience cooking. Norris described how her grandmother, a particularly smart dresser, would don a headscarf, and hoop skirt, and “seize the stage that was available to her in life with pride and dignity.”

It was hearing these stories that caused Norris’s desire to write a book to switch to the desire to write a memoir. Norris described how because of hearing these stories, she came to understand America in a much clearer way. She encouraged the audience to “find the ‘I’ in history,” by facilitating conversations with family members about where they come from. She also emphasized the importance of listening, describing listening as “an act of courage, using the grace of silence to make space for other people to tell stories.”

In closing, Norris had a brief question and answer session in which she asked the audience if they find conversations about race difficult. Norris received similar answers from both young and old audience members, mostly relating to the idea that the members of the populace often avoid these conversations because they are worried about offending others. She expressed how many Americans might have hoped that the election of an African American president would somehow have made the subject less sensitive and volatile, but it is clear that President Obama’s presence alone is not going to deliver citizens from these conversations; in fact, it may have even complicated them.

Nonetheless, Norris invited these dialogues about race to continue, ending the address with words of encouragement by saying, “Not only is there grace in silence, which I have learned, but also power in understanding. I encourage you to have these conversations about race that make you uncomfortable. Most importantly, make space for other people to tell their stories.” 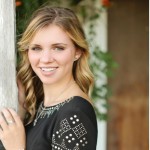