During a special night on the Heights, which included honoring the senior basketball players as well as former BC greats John Bagley and Dana Barros, the one thing missing from the night was a win for the Eagles. Despite being up at halftime 40-38, BC fell to Virginia Tech, 91-75.

The Eagles entered Saturday afternoon riding on an 11-game losing streak and coming off of their biggest defeat of the season to Florida State, while the Virginia Tech Hokies shipped up to Chestnut Hill on a high after a win against Clemson. The Hokies have now secured wins in four out of five of their last games, all without key player Chris Clarke. While the Eagles maintained a very respectable 50% field goal average, the Hokies shot phenomenally, making 67.4% of their field goals and 66.7% of their three-point shots.

Coach Buzz Williams of Virginia Tech noted, “I think they’re playing with great, great spirit. I try not to become a fan because when I’m watching I can see how much they are playing for one another.”

The Hokies opened on a 14-2 run, exemplifying shooting prowess as they drained three three-point shots in under three minutes. However, BC sophomore Jordan Chatman answered back with two free throws and two three-pointers of his own, scoring 8 of his 13 points early in the first half.

Jerome Robinson—who led all scorers with 25 points—gave BC the lead for the first time all game when he connected on a three-pointer, and it was a tug-of-war match for the lead for the remainder of the first. The Eagles' four straight free throw shots helped them gain a 40-38 lead by the end of the half.

In the second half, the game started to slip away for the Eagles, as the Hokies went on a 21-6 run characterized by a four-point play followed by a three-point shot for Justin Bibbs. Six out of seven Hokies players scored double-digit figures, while 54 of the Eagles’ 71 points came from just three Eagles’ jerseys in freshman Ky Bowman and sophomores Jerome Robinson and Jordan Chatman.

Despite the loss, the seniors left their mark on Conte Forum, as Garland Owens ended his final home game by going on a 6-0 run consisting of two layups and a dunk late in the first half.

Mo Jeffers, on the other hand, left a different kind of final impression. Jeffers committed a technical foul with 12:28 remaining in the second half, which swung the momentum towards the Hokies. Coach Christian commented, “It's a selfish thing to do. He’d be the first one to tell you that… It’s not indicative of who he is.”

In recent games, the Eagles have given up at least 45 points in second halves alone.

Coach Christian said, “We don’t have any defensive leadership out there. We don’t have enough communication…We’re not shooting the ball with the confidence to win.”

While the Hokies have managed to stay spirited and play with a lot of chemistry, the Eagles have struggled with keeping up their team morale in tough games. The Eagles and the Hokies are two of the smaller teams in the ACC, but the Eagles were still out-rebounded 27-18—defense is a liability.

With just two regular season games remaining, the Eagles will head to South Bend next Wednesday to face No. 21 Notre Dame and are two games away from the ACC tournament, which starts on March 7. 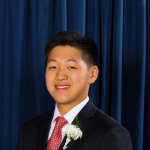