BC News, News
by Izzy Catanzaro

PULSE founder and Professor of Philosophy Patrick H. Byrne was recently announced as a recipient of the 2017 Madonna Della Strada Award. 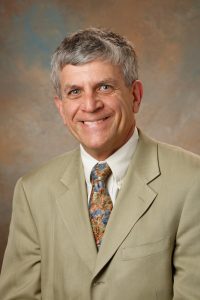 This award, presented each year by the New England Region’s Ignatian Volunteer Corps, is one of the organization's highest honors. It is bestowed upon those who “embody the Jesuit tradition of direct service to the poor and of working and educating for a more just society.”

Professor Byrne will be honored for his work with BC’s PULSE service program, which he founded in 1969 and has been involved with, first as inaugural director and then as program teacher, for over 40 years.

The PULSE program, a hallmark of BC, is a service learning program combining “philosophy and theology coursework, reflection and discussion with 10-12 hours a week of field placement in a variety of social service sites.”

The program is spread throughout the greater Boston area, with placements dealing with social problems such as addiction, domestic violence, and homelessness. Over 13,000 BC students have participated in PULSE since its founding.

Professor Byrne explained that the idea for PULSE was sparked by then-UGBC president Joseph Fitzpatrick, who first asked him if he would be interested in starting an internship-type program incorporating his background in social service.

Professor Byrne discussed the impact of the PULSE program on students, pointing to two proficient studies of students in the program looking at civic engagement and spiritual growth. He explained that both studies show student progression in these areas as a result of program participation.

“The students get to encounter people who are different from themselves and see people at the community partner agencies who have committed their lives to this work,” Professor Byrne said. “In my humble opinion, it is one of the top ways in which BC furthers the motto ‘Men and Women for others.’”

Professor Byrne once again embodied Jesuit values in refusing to take full responsibility for the success of the program.

“I certainly think of it as an award for the PULSE program, and not for me personally, because there are so many other people who have been responsible for making it the tremendously successful program it is today," said Professor Byrne. "This includes co-founder Fr. Joseph Flanagan, former program directors Richard Keeley and David McMenamin, current director Meghan Sweeney, and the hundreds of supervisors who have been our co-teachers.”

Professor Byrne is not the only BC faculty member to receive this prestigious honor. PULSE instructor David Manzo, Professor David Gill, S.J., and Fred Enman, S.J., the special assistant to the Associate Dean for Student Services at BC Law School, have all previously received the Madonna Della Strada Award.

The award presentation will take place on April 30 at Boston College High School.