Recycling Is Our Responsibility, Too

In my home “reduce, reuse, recycle” could be our family motto. We dispose of each material—cardboard, cans, plastic, and glass—in its own bin and use the soil from our compost to fertilize our garden. When I arrived on campus as a freshman this fall, I did not know what to expect in the way of eco-friendly dining policy. I had read about all of BC’s sustainable dining initiatives, but what I found was a lot of plastic and paper and very little effort to reduce, reuse, or recycle any of it. My first instinct was to blame the institution. How is my family, with our makeshift compost system, serving the environment better than a school with an endowment of $2.2 billion and an environmental studies program ranked 58th in the country? I realized, then, that the fault is not wholly the institutions. Students, faculty, and miscellaneous diners alike are also to blame. BC can try to implement eco-friendly policy, but the only way that those policies can work is if the students do their part to follow them.

Eating my first meal in Mac, I noticed the sizable amount of disposable dishes and dining utensils. There were no re-useable cups and very limited reusable silverware. I was one of few who opted for a plate; most other students chose “to go” plates. The silverware was sparse, so I was forced to grab plastic utensils instead. After I finished eating, I made sure to use the compost, recycling, and trash bins appropriately. My friend, on the other hand, simply tossed her disposable plate, cup, utensils, and compost all into the trash bin. When I asked her why she did not use the bins correctly, she remarked that she thought everything got thrown together in the end, anyways. After, I started talking to other students and found that many did so as well; they, too, did not separate their compost and recycling from their trash either.

BC Dining does its part, albeit minimally, by instituting eco-friendly and energy efficient options and facilities, but students undermine these initiatives when they misuse the facilities. The General Manager of Corcoran Commons, Derrick Cripps, says that the BC Dining staff are “ready to make a commitment to recycling and composting efforts,” but they need the students to work with them to make it happen.

Various student groups on campus, including EcoPledge and UGBC's Environmental Caucus, are working to increase awareness surrounding these efforts. Some individuals are willing to do their part to work with BC Dining, but, unfortunately, many others think it is easier to throw everything in one bin.

Multiple attempts to compost and recycle in McElroy have been made at BC over the years. In Lower, staff sort student waste by hand to ensure everything goes where it is supposed to, but Mac doesn’t have the infrastructure for that task. Instead, labeled bins are set up that display where to put what waste. When BC Dining has been able to organize student volunteers to instruct students where to place everything, efforts have been successful. However, when left to their own devices, students rarely sort their trash properly. Because the waste disposal company BC Dining uses can only compost and recycle up to a certain level of cross contamination, everything is disposed of as trash when students are negligent.

It is up to the students to make sure that they are using the bins properly. Anything that is thrown away carelessly ends up in landfills, including many reusable plates and forks. Corcoran Commons alone buys about 22,000 new metal forks every year, only to find at the end of the year that most of them are gone.

Last year, Lower tried to encourage students to use washable plates rather than disposable to-go containers by making the to-go containers less accessible, in order to reduce waste. The result was 2000 stolen plates, which made campus news just last spring. Most of these displaced items are thrown away or not returned—a testament to many students’ thoughtlessness surrounding sustainability programs. The dining hall had to go back to providing more to-go containers just so less plates would be taken. It is easy to say you want to help the environment, and it is just as easy to blame BC for the lack of sustainability in the dining halls. However, the easy thing to do is rarely the right thing to do. Every time students criticize BC Dining while throwing their trash into the composting bin, they are a furthering the problem and rendering the efforts to solve that problem obsolete.

Many BC students recognize that recycling and composting are important issues, and that helping the environment is a priority. However, many of these students, who feign an interest in the state of the environment, do not take the time to separate their trash from their recycling, reasoning time or the lack of difference it will make. It is common for people to be discouraged, thinking their recycling will not matter.

These students need to realize that if you want to make an impact, it is going to be inconvenient—but an inconvenient truth it is. Changing the world is not supposed to be easy, but that does not mean that your individual actions do not matter. Next time you see something negative about an eco-friendly policy at Boston College, try not think about what the school is doing wrong. Rather, think about your own efforts in the initiative; what can you do to make the student body at BC more environmentally conscious and aware of its impact on the planet? 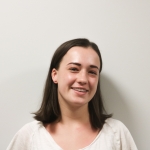