News, Off Campus
by Nick Wilson

The future of over 800,000 young immigrants remains uncertain as the federal government deliberates over a resolution to the “Deferred Action for Childhood Arrivals,” or DACA legislation.

DACA allows undocumented immigrants who entered the country as children, known as “Dreamers,” to legally remain in the United States. Although it does not offer these immigrants a path to citizenship, DACA enables them to apply for two-year renewable visas allowing them to work or attend school in the United States. The Trump administration recently moved to end DACA, and with a replacement plan yet to be agreed upon by lawmakers, it is unclear what will happen to Dreamers when the legislation expires in March.

The Gavel interviewed Boston College Law School Associate Clinical Professor and Director of the Immigration Clinic Mary Holper to discuss the details and future of this legislation. 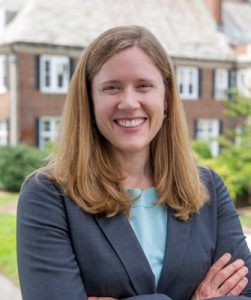 The end of DACA was announced on Sept. 5 by newly appointed Attorney General Jeff Sessions, but this decision was legally challenged.

“In the announcement, the Attorney General said that President Obama did not have legal authority to give deferred action status to this group of people,” Holper explained.

After this announcement, a nationwide lawsuit was filed in California challenging the Attorney General’s decision.

“It said that the stoppage of DACA was done in an illegal way," said Holper. "Not as a policy choice, but as a flawed decision about the legal authority to authorize DACA in the first place.”

The lawsuit challenges the legality of the action to terminate DACA by claiming the protection given to recipients cannot be considered legal status.

“Most people would say that it’s not legal status. It’s just protection from deportation and does not give immigrants anything like a green card.” said Holper. “Current DACA holders can keep their status while the litigation is pending, but it doesn’t allow new applications.”

If, at the conclusion of litigation, the court decides the termination of DACA to be legal, these people will lose their legal status.

“There are currently 11 million people in the United States who are subject to deportation because they either overstayed their visas or because they are undocumented. The federal government only has the money and resources to deport about 400,000 of them," Holper observed.

This raises the question of how people currently protected under DACA will be treated if the legislation expires without replacement.

“How do you choose who gets deported and who doesn’t? Is it the luck of the draw? Discretion of the officer?” asked Holper.

Dreamers compose a considerable portion of the United States economy, and losing them would have a major impact.

“If we lose these 800,000 or so highly talented people who are working in businesses and getting degrees, what would happen?” Holper asked.

Most experts believe that the loss of these people would damage the U.S. economy and could cause an estimated reduction of a half trillion dollars.

Holper went on to point out the benefits that immigrants like Dreamers provide to the U.S. and other countries.

“Canada has stepped up its attempts to draw more immigrants into their country because they realize that immigration is a benefit, as opposed to a drain that that takes from your country,” she commented.

She also expressed concern about the future effects that ending protective legislation like DACA may have.

“We have a long history in the United States of perceiving our country as the best in the world and assuming every single immigrant wants to come here, and I don’t think that’s true anymore,"  said Holper. "If we keep this up, what we're going to see is all the talented people who have made contributions to our country take their talents and go elsewhere.”

Both the Trump administration and Congress have recently proposed replacement plans for DACA. The Trump proposal would offer a 10-12 year path to citizenship to both the 800,000 DACA recipients and an additional 1.1 million people who are eligible for protection under DACA, but never applied for it. In return, the president would receive $25 billion from Congress for a border wall, an end to family-based immigration policies, and an increase in other immigration restrictions.

But Holper was skeptical of the effectiveness of the wall and other border security measures proposed in the plan.

“The border wall is just a show. It’s not an effective way to prevent people from crossing the border. No matter what, people will find a way around it,” said Holper.

A bipartisan group of House lawmakers also proposed a plan which would provide a pathway to citizenship for current DACA recipients in exchange for about $2.7 million for barriers and other border security. The plan would also end the diversity visa program and instead implement a merit-based system for underrepresented countries.

“If Congress wants to give these spots to other groups who have been under temporary protections, like Salvadorans who have been here with temporary status for so long, that’s not a bad idea," said Holper. "What you have is a bunch of people with real ties to the U.S. who now are about to have that taken away, and you have some visas that you could give to them in the interest of fairness, and put them on the path to legal status.”

Overall, Holper didn’t see either of the two plans as great solutions.

“I can’t speak for the Dreamers, but if a path to citizenship means they live in a place in which their parents or siblings are in total, utter fear of deportation, I’m not sure it’s worth it," she said. "I’m not sure that they want a green card at all costs.”

In Holper’s opinion, the ideal long-term solution to the DACA issue would be a piece of legislation similar to the DREAM Act, giving these undocumented immigrants a path to citizenship without a drastic increase in deportations of other immigrants. But she was skeptical that legislation like this could be passed in the near future.

“The DREAM Act was one of the few non-controversial pieces of legislation, and we couldn't even get it passed," said Holper. "It’s been around since the early 2000s and hasn’t gone anywhere. I’m not super hopeful, because people can’t seem to see eye to eye on this.”

Despite this, Holper did offer some more optimistic advice to Boston College students who care about this issue and want to make a difference. She recommended calling senators and other lawmakers and asking them to push through legislation like the DREAM Act, as well as taking part in peaceful protests or other demonstrations.

“Being educated about the issues, taking a stance, looking at things through a new lens—that stuff matters!” she said.

“It’s amazing—the way they have taken being undocumented, which was something shameful no one wanted to talk about, and made it a point of pride. Telling their story and saying ‘I have a right to be here too.’”

She went on to add, “I think they’ve done some very effective organizing with groups like United We Dream and the Student Immigrant Movement.”

“This is certainly a moment in history," Holper concluded. "When we take the immigration topic and boil it down so that we are only talking about 800,000 of the most sympathetic immigrants, does that change people’s views on immigration?”

"'If a man does not have the sauce, then he is lost. But the same man can also get lost in the sauce' -Gucci Mane" -Jared Whiting