Recently, The Gavel sat down with UGBC Senator Czar Sepe, MCAS ‘21, to discuss his ideas for Boston College’s response to the sexual abuse scandal in the Catholic Church. Czar, along with UGBC Executive Vice President Ignacio Fletcher, MCAS ‘20,  has co-authored a resolution detailing BC’s response to these heinous acts.

Thanks for taking the time today to speak with us, Czar. I’ll start out by asking you to explain what exactly this resolution is about.

The resolution is explaining the Catholic Church sex abuse scandal in Pennsylvania. My goal, in writing this resolution, is to have Fr. Leahy, as the president and [primary] representative of Boston College, to officially condemn the scandal and cover-ups by Catholic bishops. I also want to make sure the university reaffirms its commitment to promote the healing and protection of these victims, many of whom were victimized at a young age.

How did this idea come about? Can you talk about your inspiration for this, and why you decided to involve UGBC?

When I heard news of this scandal, it was towards the end of summer. I was angry, I was saddened, and I had a true hatred for what went wrong in my Church. I’m a practicing Catholic, [though it is] not by virtue of being Catholic necessarily, but by being a decent human being, that I saw what was happening [as horrific]. All the allegations, the statements, the reports, and the atrocity of the fact that these priests used not only their hierarchical powers, but really their spiritual powers, powers from God, to [commit] such heinous acts. It was truly maddening. Part of me wasn’t even surprised, however. This has happened before in the Church—in Boston, actually. And I think this is a continuation of a dangerous trend. When you see the later reports, the Bishops covered all this up. This really infuriated me as a Catholic, and I think it maddened the public. When it came to the resolution, in September I talked to UGBC Vice President Ignacio Fletcher. I thought it’s something important that needs to be addressed, as we are a Jesuit Catholic school. You would think this would tug at the heartstrings of our mission and values. So that’s when I started the research process: I had to speak to different administrators and different people in Campus Ministry, such as Chris Darcy and Ryan Heffernan. I reached out to Karen Keiffer, Director of the Church in the 21st Century (C21), and other leaders in our university administration. I, as a senator in UGBC, wanted to do something about this; something tangible, to hold our school accountable. So, I wrote this resolution. The research took time, but now we can really show the community what we’re about.

Going off of that, why exactly do you think it’s important that the BC administration make a statement on this?

I’ll start by saying that Boston College is already doing a lot of things about this issue. I mentioned this in the resolution. There have been listening sessions, talks, panel discussions, and lectures about this issue, how to remain Catholic in this time of [discord], and how to move forward so that our Church can reform itself. I'm glad that I am part of an institution that is trying to mend and heal these wounds. The big issue I saw is that on the official university level, there was no action taken. No official statements were made, so the issue has never been directly addressed. If Fr. Leahy were to make such a statement, it would represent Boston College positively as an institution. When the institution does choose to publicly denounce this scandal, it needs to have official support across all administrative branches. Because, in the end, when Fr. Leahy makes a statement, we can say that he is following through with his word to ensure that Boston College stand for justice everywhere, and specifically in our own Church.

I know you’ve mentioned some other schools in your resolution. Can you explain a little more about how other universities are handling this?

Yes. The student body of Georgetown called upon their president to make an official statement, similar to what we’ve done. They didn’t write a resolution, however. I know Fordham, another Jesuit school, has also released a statement. Notre Dame has as well. Whether or not other schools have done this, this is an invaluable opportunity for Boston College to showcase its institutional leadership. BC has shown in the past it’s willing to be a leader, but I feel this school needs a little nudge to get things rolling. It’s similar to the movement for the Black Lives Matter protest last year. The student body needs to first take action so that the university realizes this is an issue we truly care about and want to be properly addressed.

You’ve met with UGBC and presented this to them. How do you think they received it?

I explained why I did this, and why I felt passionate about it. I think it resonated with the student assembly. Earlier in that same meeting, we voted on a resolution talking about accommodations for our Muslim students on campus. Going along the lines of religious tolerance that we like to promote at BC, we as an institution have to hold ourselves accountable to these values of religion, how we respect it, and how we move forward when institutions do wrong. I believe it was received very well. The resolution was fortunately passed unanimously.

What would you like to ideally see going forward? What do you expect from UGBC and BC as a whole?

A lot of times resolutions can fall flat, whether it be due to inertia from administration, from lack of follow-up, what have you. I’ll be putting pressure on the university over this situation. I’ll try to the best of my ability to ensure that this resolution is carried through. And, after talking with several religious organizations, I look forward to drafting a letter for the university to sign, [which would] demonstrate their solidarity and support for this resolution. My goal is to create a coalition that would show the university that there’s a group of students who feel disenfranchised by these actions. I feel BC can do a better job at—most importantly—acknowledging the seriousness of this issue, protecting the victims, and promoting healing. If our president can acknowledge this, it would really have a great effect on the BC community.

Would you say that this acknowledgment should help students in the BC community feel safer?

Absolutely. It’s time the good work of Campus Ministry and C21 are acknowledged in a way that shows we will not tolerate any sexual abuse in the Church.

Who has been exposed to this resolution?

Before I presented to UGBC as a whole, I went to the Student Conduct and Rights Committee. They made some suggestions and edits, and gave their own stamp of approval. I also contacted the Sons of Saint Patrick, the Saint Thomas More society, The Torch, and the Knights of Columbus, where I serve as an executive officer. These people truly have a special interest in this issue. I also reached out to people who are not Catholic, but who have also been affected by such an abuse of power.

Any other thoughts or ideas you’d like to leave us with?

I’ll leave you with this: Boston College, in its core mission to uphold Jesuit Catholic values, needs to demonstrate that it truly wants to do so. Our president should take charge and officially denounce these actions. If we can reflect the views of the student body to catalyze this [denouncement], I feel our president, Fr. Leahy, would [be successful]. I hope BC can acknowledge that we want a better Church and a better society for those who have been hurt or betrayed. I believe my ultimate responsibility as a Catholic is to reform the Church itself from within. Therefore I, along with my fellow men and women of the Church, need to take action now. 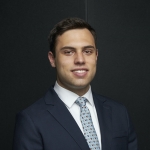 Copy Editor at The Gavel | + posts

A Philly kid with a love for all things food. Happiest on the beach.