The Dangers of Subscription Newspapers

Beyond Campus, Opinions
by Alexa Kirby

Of course, you understand why the news source is asking for payment. You probably even think that it should ask for payment. But are you going to pay that $5 per month? No. With a deep sigh and a pinch of frustration, you go to Google and click on the search bar. Maybe a different source will have the answer you’re looking for. That source may not be as reliable, but hey, you need some kind of answer.

With the digitalization of news articles, newspaper sales are falling, leading reputable news outlets such as the New York Times, the Boston Globe, and the Washington Post to request payment for digital subscriptions. While, in theory, putting up these paywalls would compensate for the decline in newspaper sales, in practice, this doesn’t quite work. News sources that request payment have actually seen a drop in total revenue of late as their audiences continue to trade reliable news for cheap news.

This depreciation of reliable news is compounded by the ongoing “fake news” campaign. As Trump continues to attack sources such as the New York Times and the Washington Post, he cements doubt in the integrity of dependable news sources. He furthers this doubt by attacking journalists in general, referring to them in a tweet last August as, “the enemy of the people” and “very dangerous and sick.” His comments about the media likely deter many would-be subscribers who do not want to pay the people that their president deems the enemy.

These drops in revenue have prompted billionaires to subsidize news outlets. Jeff Bezos, founder and CEO of Amazon, currently owns the Washington Post while Time is owned by Marc Benioff, founder and co-CEO of Salesforce, and the Boston Globe was purchased by Red Sox owner, John Henry.

While in the short-term, these purchases appear to be beneficial, the long-term effects of these purchases have the potential to become problematic. These billionaires now have the ability to influence the press in the directions of their own personal aims and perspectives. Thus, the views of these billionaires could be published and promoted by news sources, causing the people to be informed by news tainted by the one-sided views of the one percent.

Granted, some news sources continue to succeed despite charging customers for subscriptions. For instance, the Wall Street Journal added 305,000 digital subscribers between 2016 and 2017. However, this success could be due, in part, to the nature of the source itself. The Journal provides readers with specialized content on financial news, something many people probably see as a necessity to their jobs or personal finance management. Often, institutions such as businesses and universities will pay for the subscriptions of their employees and students. Boston College itself does this for its student body.

Moreover, the affluent have an advantage on information. However, this must change in order for democracy to function properly, for it is knowledge, reliable information, that enables us to make decisions and form opinions about the world around us. Without the equality of knowledge, is there the equality of people? No, in the words of the Washington Post, “Democracy dies in darkness.” 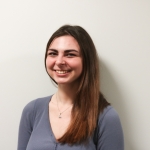