Home›Culture›Abducted in Plain Sight Will Make Your Blood Boil

Abducted in Plain Sight Will Make Your Blood Boil

"Abducted in Plain Sight" premiered in May 2017, but it received little attention until it was streamed on Netflix earlier this month. This 91-minute documentary follows the captivating but disturbing story of the manipulation and exploitation of the Broberg family by Robert Berchtold in an attempt to isolate their eldest daughter, Jan Broberg.

The story begins in the early 1970s when the Berchtold family moved next door to the Broberg’s in Pocatello, Idaho. From the get-go, these families spent significant amounts of time together and there was “a best friend for everyone,” according to Jan. However, the relationship between Jan and “B,” as Robert was known by his close friends and family, quickly evolved into a much stronger, unhealthy relationship. Berchtold went out of his way to isolate Jan and spend time alone with her. For example, he built a wall between Jan and her sister, Karen.

Despite the obvious red flags, such as Jan waking up with her panties down around her ankles and Berchtold’s hands on her, or Jan groggily waking up in a hotel room with Berchtold naked next to her, there was no sense of alarm, as Berchtold was viewed as a second father.

The absurdity of this story continues when Jan is kidnapped by Berchtold on October 17, 1974. Berchtold was supposedly taking Jan horseback riding, but when he failed to bring her back by dinner time, Mary Ann Broberg began to worry. Despite this, the Broberg family failed to involve the authorities until five days later. For 35 days, Jan was brainwashed by Berchtold, who convinced her that she was half-alien and must fulfill a mission to save the planet of her captors: have a child by age 16. This promoted a cycle of daily molestation by Berchtold. This manipulation continued after Jan was rescued from Mexico; Berchtold’s motorhome was discovered after he called his brother to gain permission to enter the United States and remain legally married to Jan, whom he married in Mexico at the age of 12. This relationship continued for four years until Jan discovered that the mission was fake and her relationship with Berchtold was a hoax.

Although it may seem impossible to match the horrific acts described above, Mary Ann and Bob Broberg's sheer ignorance, as well as that of the U.S. judicial system, proves just as unsettling. Prior to Jan’s first kidnapping, both Mary Ann and Bob Broberg had affairs with Berchtold. Bob Broberg engaged in what seems to be a one-time “indiscretion” with Berchtold after he confided in Bob about his deteriorating relationship with his wife. Likewise, Mary Ann Broberg shared an intimate moment with Berchtold, followed by an eight-month affair with him after Berchtold kidnapped and married Jan. Along with inappropriate relationships by both Broberg parents, they allowed Berchtold to sleep with Jan four nights a week, which Berchtold claimed would help cure his pedophilia.

How were the parents so gullible? In addition to their naiveté, they acted in their own self-interests time and time again. For example, the Brobergs dropped the kidnapping charges against Berchtold when his wife threatened to expose Mary Ann Broberg’s relationship with Berchtold.

Finally, the blatant ignorance of the judicial system must be addressed. Prior to meeting the Brobergs, Berchtold was given a sentence of less than one year for raping a young girl. During this time, there was no such thing as a sex offender registry, and the idea of a pedophile was quite foreign. As a result, Berchtold was able to continue his inappropriate infatuation with Jan without detection. Likewise, in June 1976, Berchtold plead guilty to kidnapping and was sentenced to five years. However, the judge reduced his sentence to 45 days—and it gets worse: he spent only 10 days in prison. Lastly, after his second kidnapping of Jan—yes, second—during which she was placed in a Catholic boarding school in Pasadena, California under the alias Janis Tolbert, Berchtold was acquitted from the charges due to a mental defect. He spent six months in a mental facility.

If it were not for Jan and Mary Ann Broberg coming forward in "Stolen Innocence," a novel written by Mary Ann Broberg, with the aid of Jan, Berchtold would have lived without attention or real punishment for his actions. Both Jan and Mary Ann have traveled the country telling their story and shedding light on issues of pedophilia and sexual assault. Throughout their journey, six women came forward about abuse inflicted by Berchtold.

In the end, Berchtold was arrested for three felonies and two misdemeanors, but he committed suicide before he could hear his sentence. Though this story is shocking, upsetting, emotional and much more, it is important to use such feelings as a driving force for change and protest against these horrific realities. 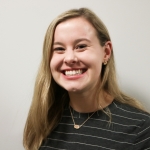