Home›Culture›Aidy Bryant Shines as a Loud Woman in ‘Shrill’

Aidy Bryant Shines as a Loud Woman in ‘Shrill’

Aidy Bryant shines as Annie, a quirky, timid, plus-sized, aspiring journalist in Shrill, the new Hulu series based off Lindy West’s 2016 memoir Shrill: Notes from A Loud Woman. Annie lives in Portland, Oregon with her best friend and roommate Fran (Lolly Adefope), both women trying to navigate being overweight in a world that often doesn’t make room for them. Annie has to juggle her deadbeat, goober of a boyfriend Ryan (Luka Jones), a dad with cancer, and a mom constantly encouraging her to lose weight, all while battling her uber-hipster boss at the magazine where she works.

While the show is generally about Annie’s struggle with her size, it doesn’t focus on her trying to get thinner, as is typical of many overweight female characters on television. Rather, it centers on Annie’s struggle to find confidence. In the first episode, the viewers witness Annie being trampled upon over and over again by the people in her life: her boyfriend asks her to leave his house through the back (and over a fence), her boss dismisses her thoughtful pitches, even random strangers come up to her in coffee shops and accost her with fat-shaming rhetoric.

A true turning point in Annie’s story, and one of my favorite scenes, occurs in episode 4, when Annie and Fran head to the “Fat Babe Pool Party,” a celebration of plus-sized women frolicking in a variety of the coolest and chicest swimsuits I’ve ever seen. Annie, at first reluctant to take off her clothing, watches the women around her embracing their bodies unapologetically. As she realizes that nobody at the party is thinking about all the space that she’s taking up, she becomes euphoric and joins the women in dancing and swimming. Annie’s metamorphosis from a woman wanting to be small into a queen learning taking up as much space as she pleases is poignant and uplifting.

One of my personal favorite aspects of Annie as a character (no, it’s not her fantastic name) is how refreshingly real she is. Throughout the collection of episodes, Annie experiences surges of powerful confidence, as well as deep dives into self-doubt. The fluctuation of her self-esteem is something with which we can all identify.

Annie is also not just a single-sided, “fat girl” character; she’s a real woman. She’s intelligent and witty. She embraces her sexuality. She is also selfish and often makes mistakes, as we all do. Regardless of your size or gender identity, we call all find something to connect with in Annie’s character. And that is what I think is so fantastic about what Shrill has achieved: it presents an under-told, very specific story that succeeds in being versatile and relatable to all sorts of people. 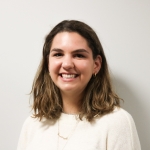