Margot's Proving Troublesome for Swim and Dive and Tennis Teams

For the past two years, students watched in awe as the Margot Connell Recreation Center grew from ground up into a four-story, 244,000 square-foot paradise for gym lovers. There was immense hype surrounding this new building, which promised extensive upgrades from the Plex.

It is massive in comparison to its predecessor, boasting four floors that include free weight areas, fitness classrooms, wallyball courts, basketball courts, and an elevated track among other toys. Brand-new equipment and a spacious atmosphere that brings in sunlight have changed the dynamic of the new recreation center on campus, inspiring lots of positivity from students.

Along with these new features, the Connell Center has become the new home to the varsity tennis and swim and dive team facilities. The potential for state of the art facilities and extravagant improvements were something the athletes had hoped for, especially after having competed in the Plex, which some would describe as run-down and mockable.

“The new facility is awesome overall and a huge upgrade from the Plex,” said Max Threlkeld, captain of the swim team. “One of the benefits of the larger pool is that we have much more space in each lane during practice, and that allows us to spread out more and get much more out of practice. The extra warm-up pool is also great for meets because we are able to cool down after our races, which can make or break a performance much more than most people think.”

However promising these new upgrades are, there remains the issue of the long-lost three-meter diving board, which is MIA in the Connell Center. It is curious as to why this diving board is absent since it only forces divers to travel to Harvard to practice.

Furthermore, meets are delayed due to the lone one-meter diving board residing in the competition pool rather than a separate pool, which only elongates the entire meet and put stress on the athletes waiting to race in the pool.

Similar to the swim team, the tennis team has experienced a few disappointments in their new facility. A crucial concern that has been echoed throughout the student body: Why are there so few courts? It seems like there are basketball courts everywhere—multiple on the first floor and six on the third floor.

“While the building is very nice with lots of offerings for a variety of interests, the only thing we were saddened by was the lack of courts that were built in the new facility,” said Elene Tsokilauri, senior captain of the women’s tennis team. “Most ACC schools have six indoor courts, and a few have a minimum of four.”

Even more comical is the rock climbing wall and golf simulation room; although a fun toy to have, they seem completely unnecessary, especially when the problem with installing a minimum of four courts was “lack of space.”

“Our facility only has three, which makes it very challenging to schedule practices and matches,” said Tsokilauri. “The matches will just take a lot longer due to the lack of courts since the players not playing have to wait for their teammates to finish their matches. We have not faced the difficulties that may come up in our dual matches yet, since our season begins in January, but we always step up to the occasion and make no excuses as a team.”

Although the courts are brand new, air-conditioned, offer speakers for music, and have natural light, there are still many technical errors that could only be obvious for tennis players. Most recreational players walk onto the court and think it's such an upgrade from the Plex, but there remain many major complications—some that can be fixed and others that cannot—due to the issue of limited space.

“The Connell Recreation center definitely didn’t build the new tennis facility for the varsity men’s and women’s team,” said Sean Mullins, captain of the men’s tennis team. “There are many things that hinder the playing of ACC matches in that facility. For example, the courts are too close together, which will make it hard to play matches next to each other, and the back walls are white, which makes it hard to see the ball.”

Despite the promise of the Margot Connell Recreation Center, unfortunate consequences of the building design and layout have impeded the varsity sports that are housed in the Connell Center. Although there may be some improvements made, it seems like most of the issues will remain issues in the near future. 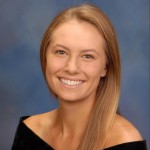