The Playlist Hits of the 2020 Campaign Trail

Features, Outside of BC
by Sofia Vittoria

It seems like our country has been preparing for the 2020 election for years now. This, in part, is due to the large number of candidates that are vying for the Democratic nomination. The large pool of candidates not only has the capability to be overwhelming for the public, but it can also make it difficult for the candidates themselves to stand out in such a crowded field.

One way that candidates have been able to distinguish themselves among their opponents, while also expressing their values, has been through their campaign playlists.

The music choices that candidates and their teams create for walk-ups, rally events, interviews, and more, can speak volumes about what ignites the candidate to run for president and invoke passion from audiences. The songs chosen by the current leading candidates in the 2020 election cycle range significantly and speak to the various messages that the candidates are trying to send.

Let’s take a look at a few of them.

Joe Biden has steadily continued to lead the polls, despite receiving several negative comments from fellow candidates towards his age and outdated ideas. However, his history of serving as VP to President Barack Obama, along with being a well-established figure in political life, gives Biden a high level of recognition.

Commonly viewed as a more moderate choice for Democratic voters, his playlist reflects the large net he is aiming to cast to voters. The set of artists he uses ranges from Bruce Springsteen, to Dierks Bentley, to Diana Ross, to Lady Gaga. His songs are generally more from the current decade, suggesting his efforts to counter the stigma of his age. His playlist is composed of 79% male artists.

Walk-Up Song: “We Take Care of Our Own,” Bruce Springsteen

Warren’s campaign is said to have gained momentum over the past few weeks. Her bold policy plans and focus on the middle-class are reflected in her uplifting music selection from Aretha Franklin’s “Respect”, to Curtis Mayfield’s “Move on Up”, to Sly & The Family Stone’s “Everyday People." It is clear that working people are at the forefront of Warren’s agenda, and her playlist matches that through its optimism and empowerment. Another older candidate at age 70, Warren’s song selections feature mostly pre-90s choices.

Sanders doesn’t necessarily need help distinguishing himself from the other candidates—with the exception of Warren in regards to policy plans—yet his music still reflects his campaign message of igniting a revolution. Rally goers are sure to “Feel the Bern” while listening to songs like “Power to the People” by John Lennon and “Disco Inferno” by The Trammps. Sanders’ representation of female artists, however, falls behind his opponents at only 7%.

As the youngest of the candidates and the first openly gay man to have a major presidential candidacy, Pete Buttigieg’s campaign has been centered around optimism and hope for future generations. He is contemporary, and his playlist reflects a wide range of genres from rock to country...similar to his large range in supporters. Artists range from Demi Lovato, to Florence + The Machine, to Darius Rucker. Buttigieg also includes various L.G.B.T.Q. artists.

Kamala Harris gained a lot of popularity following the first democratic debates after her intense showdown with fellow candidate, Joe Biden. Harris has been noted as the most viable candidate out of black women to run for president. Harris’ music selection reflects her aim to reach out to black and Latino voters. Her playlist is filled with songs of empowerment and confidence like “Run the World (Girls)”, by Beyoncé, “I Like It”, by Cardi B, “All We Got”, by Chance the Rapper, and “My Shot”, by Lin-Manuel Miranda. Harris is said to have the most hip-hop-minded playlist, with artists such as Migos, Kendrick Lamar, and Lauryn Hill. She even remains loyal and representative of her northern California roots with “Choices (Yup)”, by E-40.

Clearly, song selection can be used as both a tactic to attract and inspire voters as well as a reflection of the candidate's values and roots. A lot could be said about each candidate's walk-up songs and how they draw on that as a way to connect to their rally audiences. A lot could also be said about President Trump’s choice of Frank Sinatra’s “My Way."

Music can be used to express each candidate’s individuality and allow them to blast their hype songs as they walk onstage. One thing is for sure, audiences respond to these songs and they contribute to defining a candidate's campaign message. Does playing a voter’s favorite song automatically guarantee their vote? Maybe, maybe not, but candidates must choose wisely when choosing a song that could contribute to defining their campaign. 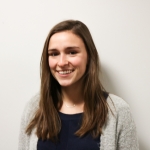