BC News, News
by Raymond Cai

Boston College's international studies (IS) program will not participate in the proposed security studies program funded by the Charles Koch Foundation, following a decision by the Academic Advisory Board last Monday.

The program in question, "New Perspectives on U.S. Grand Strategy and Great Power Politics," was recently proposed by the security studies faculty of the political science department and named the Koch Foundation as the primary source of funding.

“It was clear that there was not enough support among the board as a whole for the IS Program to be involved in this grant proposal,” wrote IS program director Erik Owens in an email to The Gavel. “The chief concern among opponents was the funding source, not the content of the proposal; there was strong support for the proposed program in security studies, and in particular for our colleagues who work in this area.”

The program will focus on the need for new approaches to and perspectives on foreign policy in academia, according to the proposal.

Further, the program aims to "challenge received wisdom” by underwriting a public speakers program, a series of undergraduate seminars and fellowships for graduate students conducting relevant work. A clause in the proposal calls for a five-year joint-hire between the program and the political science department.

“We have respectfully requested that the IS Program be removed from any proposal that goes to the Koch Foundation,” said Owens. “The proposal as amended will continue to move through the review process with senior administrators in the coming weeks.”

The program’s decision to reject the donation was well-received by students, according to IS majors interviewed by The Gavel. Notably, students cited concerns over academic freedom and the Koch Foundation’s support of climate change denial as reasons why they supported the decision.

“I’m ultimately relieved to hear the decision,” said IS major Bjorn Carlson, MCAS ‘20. Carlson said that many IS majors were concerned that the donation’s five-year re-application cycle would discourage scholarship opposing the Koch Foundation’s ideology.

“To assume the Koch foundation is simply being philanthropic is absurd,” Carlson said. “I’m proud of the research that our professors produce, and the fact that the program rejected the donation stands as a testament to how much they care about academia free of influence. I hope to see [the] political science [department] do the same.”

“As we see the effects of the climate crisis worsening every day, taking the Koch money would be on the wrong side of history,” said Maggie West, IS major and MCAS ‘20.

West said that by rejecting the donation, the program is “setting a standard for acknowledging political context and moral implications.”

“We as BC students, not just IS majors, are called on to be men and women for others," said West. "This means looking beyond the potential benefit to a single program, or school, or nation, and consider the impact on the whole of humanity."

IS program director Owens addressed the students’ concerns in his email to The Gavel.

“It's my personal view that the IS Program as a whole is invested—through our faculty hires, our course offerings, our students' interests and passions, and the programs and partnerships we support—in the pursuit of environmental justice and global public health.”

Other students and faculty beyond the IS program have also voiced their concerns since the University announced it would consider the donation offer in October. Last month, over 100 students gathered outside of Gasson Hall for a protest against the proposal organized by Climate Justice at Boston College on Nov. 14.

Theology Professor Yonder Gillihan, president of the Boston College chapter of the American Association of University Professors, was also critical of the proposed donation at a meeting with other faculty last month.

Gillihan said the Koch family's underwriting of organizations that deny the existence of climate change undermines the ability to confront it politically. The Koch Foundation has given more than $127 million to such groups since 1997, according to Greenpeace.

“The methods by which the Kochs promote their own perspectives are insincere, misleading, and self-serving,” said Gillihan in an email to The Gavel. “Instead of discussing climate change head-on, they enter conversations about climate change with the intention of disrupting serious proceedings and deflating political momentum.”

For more than three decades, the Koch Foundation has supported libertarian and conservative causes, including deregulation and climate change skepticism. In 2016, the foundation gave almost $49 million to more than 250 colleges, according to its SEC forms.

The Koch Foundation gave a total of $15,000 in “general gifts” to BC from 2015 to 2017, according to its most recent tax fillings. On the foundation’s official website, BC remains on the list of “supported colleges."

According to critics, the Koch Foundation has sought to exert influence over the academic practices and research of the universities following donations.

Virginia's largest public university, George Mason, recently released donor agreements as part of a student lawsuit that revealed it had granted the foundation a say in the hiring and firing of professors. The foundation endowed a fund to pay the salaries of professors at the university’s Mercatus Center—one of many free-market think tanks that Charles Koch has funded over the years. The agreements gave the foundation the right to name two of the five members on selection committees in charge of appointing professors.

Additionally, the Koch Foundation offered Florida State University’s economics department $1.5 million in 2007, on the condition that the curriculum be aligned with the libertarian economic philosophy of the billionaire, according to the Center for Public Integrity.

Students at Utah State who were chosen as “Koch Scholars” under a scholarship program bankrolled by the foundation, reported that they were required to participate in a “reading group” as a condition of receiving a $1,000 stipend. The books they were assigned to read daily, including titles “Order Without Law” and “Anarchy Unbound,” largely promote laissez-faire ideologies.

In response, students at BC and universities across the country are fighting to keep the Koch Foundation's donations off their campus. At BC, more than a thousand students and community members signed a student-organized petition denouncing the potential acceptance of Koch money.

The petition was formatted after similar petitions by UnKoch My Campus, a national non-profit organization that has sponsored petitions around the U.S. calling for universities to reject funding from corporations whose agenda could conflict with the “common good,” according to its mission statement.

“If students keep their eyes out, they’ll find plenty of ways to stand up against the donation and protect our university,” said Carlson. “I’ve got my fingers crossed that people will keep the pressure up.”

Correction: A previous version of the article wrongly stated that the IS Board voted to remove a clause in the proposal calling for a five-year joint-hire between the program and the political science department. The IS Board only requested for its name to be removed from the proposal. 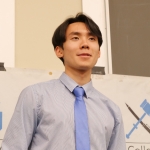