Welcome back to Ask the Gav’! In anticipation of our online “print” edition, the Marketing Team asked the Managerial Board to reflect on their final five days spent at BC by answering one of three prompts.

What was one memorable experience you had before leaving campus?

On the last day before we left, my roommate and I pushed our beds together and made a giant bed. We and all our other roommates ended up laying on the bed while shared laughs about old memories (as well as some tears). It was nice having a chance to just pause and be together amidst the chaos.

The day before we left, a few friends and I walked a couple of miles to a diner to just hang out and eat. I don’t think we would’ve ever done it had we not been desperate to see each other, and I’m really grateful for that.

Some friends and I decided we wanted to go into downtown Boston one last time together before we had to go home. It was a really nice day outside, so we decided to go on a picnic. This actually ended up being one of my most memorable days here, as we spent the whole day just sitting out near the harbor relaxing and eating and enjoying the scenery, which was a nice break from the stressful scene on campus.

The night that we got the news, a few of my friends and I went to DE’s dance show. Walking into Robsham, everyone was a little numb and jittery, still reeling from the email. The energy at the show was really amazing, though—people from every class were there, emotionally unstable but still cheering on the DE girls and laughing and crying with each other. That was the first moment I realized that we were all going to get through this together, as a school.

My roommates and I always longingly talked about being able to use the balcony in our 2K apartment. Prior to getting the news, we even contemplated calling a locksmith! In those final five days, we knew we had to give it our best shot. Although we didn’t manage to break into our forbidden balcony, I’ll never forget how deliriously determined we were and all of our scheming!

The best thing I think I did was with my roommates on Saturday night. We pulled four mattresses off of our beds and dragged them into our Walsh common room to have a megabed sleepover. It was a really nice way to leave my friends.

What was your reaction to the news that we had to leave campus?

I remember feeling really anxious waiting for BC to announce their decision. I was pretty sure that they were going to send us home, but that didn’t make it any easier when they finally did. Those last five days on campus felt surreal.

I guess I wasn’t too surprised when the announcement came that we had to leave campus. I was sad like everyone else, but figured I’d make the most of the time we had left, not wanting to let a day go to waste. Looking back, those five days were probably some of the best I’ve had at school simply because of how much time I took to appreciate how I’ve grown and the relationships I’ve built at BC.

It was a heart-wrenching few days, but also oddly comforting. It was like that scene in Midsommar where she’s crying, and everyone’s crying, and it’s a catharsis because you just know for sure that someone else is feeling your pain and knows exactly how you feel. That doesn’t come around too often, and it definitely softened the blow.

I really don’t think I’ll ever forget being in the Mods when the email went out Wednesday afternoon. There were such varied reactions, ranging from delirious solidarity and bone-crushing hugs, to plate-breaking fury and open sobbing. I’m not sure if I’ve ever seen folks at BC be more human than that night.

After we heard the news, my roommates and I ran back to our 2k apartment and just kind of sat there like, “Now what?” We had been watching Season 6 of Love Island the whole semester. It wasn’t just trashy British reality TV, it was our thing we did together. And suddenly we were all going to be split up. Somehow, in between all the madness of the next five days, we crammed in as many episodes as possible. Our last morning, we were watching the finale as we packed.

I had been expecting the email announcing that campus would be closing even before it came. Even though I wasn’t shocked when the announcement arrived in our inboxes, the weight of what was happening kind of hit me later that night and over the next couple of days. It felt surreal. I think we will look back on those few days as one of the most unique moments of our lives.

What did you like or dislike about how the University handled the evacuation?

I felt that BC fell short in terms of being transparent about their choices, which led to incessant rumors and speculation around what would happen. While it was so hard to be ripped apart from our friends, I do think we were really lucky in that we got to spend those last five days together and take advantage of every moment we had left.

The decision to close campus did not come as a surprise to me, but I wish the school had made the decision before students returned from their spring break trips so that no students returned to campus and unknowingly facilitated the spread of the virus. It also would’ve cut travel costs for students who were just home and then had to make return trips back within a week. Overall, the decision to cancel in-person classes was difficult, but necessary as other schools began to follow suit. 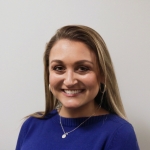 Makes being from Maine a personality trait. Ask me about ranked choice voting, about how Melbourne is the coffee capital of the world, or why the Gavel Business Team is the best!!