We Need to Do More than Just Elect Joe Biden

Beyond Campus, Opinions
by Daniel Pacella

The Democratic Party has found itself in an awkward position. We have come to a point in American politics where we are “floundering” for any sort of normalcy. That is, we are desperate for a reversion to the type of politics that existed before the Trump era.

To many progressive Democrats and Democratic-Socialists, however, a push towards normalcy is not enough. In other words, it can feel as if the election of Joe Biden is short of the progressive country we want to live in, and a frustrating reminder of the slow pace at which the unraveling of that occurs. Biden has a historically consistent record of remaining moderate or even taking a conservative stance on some social issues.

I like to use the phrase “reset button” when describing the 2020 election. This can perhaps be easier to understand for those unaware of the frustration and impatience some progressives share. In other words, it appears as if Mr. Biden would simply be undoing everything that our current president has enacted

From climate change to foreign policy, it seems as if the only appeal of a Joe Biden presidency is that the mess which was 2016 - 2020 can potentially be forgotten. This sort of campaign message—an erasure of Trump’s presidency— has its shortcomings. For one thing, the threat of another Trump presidency can become reality very quickly and unexpectedly, given the power dynamics of voting in our country. For another, the countless innocent lives that are unnecessarily lost under the current presidency, from COVID-19 to anti-Black policing to animalistic immigration policy, should be in our minds for the rest of our lives.

In terms of the election, of course we should elect Biden. However, the Democratic Party should not “settle” for the modest tropes of his administration if it truly wants to be a party for the country’s working class.

The Democratic Party is an establishment, albeit more slick and elusive than the Republican platform and donor base. In other words, Democratic leaders have their own donors, agendas, and corporate shareholders.

An obvious question for many attentive voters is, why doesn’t Joe Biden support Medicare for All? Why does he seem to be more strict towards the NRA, for example? Understanding that Mr. Biden is an “establishment leader,” in that he plays the traditional politics of favors and investments, can be a large clue to deciphering such picking and choosing of relevant points of attention. And overall, his policies are not going to go beyond the “reset” point in which Trump has left us.

Despite the fact that Joe Biden would presumably be the electee if not for Trump, I urge all members of the Democratic Party to lobby in their local municipalities, question systems of active and targeted violence, and to further the goal of ensuring a progressive world is in close proximity. Of course, mobilizing voters toward winning the Senate and doing the work to make more party members comfortable with farther-left candidates by 2024 are also important.

​I also urge that we all demand more from each other. It feels as if we are in a position where we are trying to convince sensitive swing voters not to vote for Trump by walking on eggshells. We do not want to appear assertive or power-hungry in fear of turning them away from voting for a Democrat.

While an expression of empathy and patience is warranted, it is unfortunate to be in a position where several citizens are complicit in the support of an administration that is fundamentally against their well-being. I often find myself on a thin wire when considering this topic.

Each individual has a moral responsibility for their viewpoints, and thus a network of accountability should be in place. However, powerful establishments work to prevent organic opinion-forming and the fostering of responsibility for one another. Therefore, we should meet each other where we are, but also work to educate and challenge one another more in the attempt to make the Democratic Party more progressive. After all, the thin places of discomfort can be the most productive in terms of production.

There is too much at stake to allow four years pass us by with moderate leadership. The impending threat of climate change, the increasing power of the police force, and the influence of health insurance companies and other corporate entities, to name a few, are issues that can completely escalate out of control in the next four years, beyond the point of no return.

The transition to more uncomfortable dialogue and vulnerability will require collaboration, empathy, and everyone’s hard work. I truly believe that this is not a time to sit on the fence with the issues that are important to us. We have it in our hands to be a part of a tough and collective counterforce. 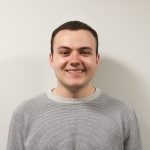