It's Time to Cancel Cancel Culture

"Cancel culture" is a relatively new idea, a phrase that rose to popularity around 2017. Cancelling someone is the act of calling a celebrity out for problematic behavior, essentially shunning them from popular society and even potentially ending their successful career.

So, cancel culture doesn’t sound that bad does it? Stopping problematic behavior from festering in an environment where it already thrives, such as famehood, sounds like it would be a step in the right direction to rid the world of hate and fill it with acceptance. Although in some extreme cases, such as that of Harvey Weinstein and the #MeToo movement, cancel culture is necessary, in others it has become a force problematic in and of itself by cancelling celebrities and leaving them no room for improvement, instead ending it all for them right then and there.

Cancel culture was originally created to hold celebrities accountable for their problematic behavior. Instead, it has become a means of cancelling people for one small mistake, not for something major. This has evoked fear in people with a platform. Instead of being able to express opinions and speak freely, individuals who have these platforms have begun to censor themselves in order to avoid being potentially cancelled. It seems to be the case that cancel culture does the opposite of what social justice culture intends. Social justice culture allows a free space for all individuals, so with the fear of being cancelled impending, this alienates people to the point that they are afraid to speak.

To truly understand the toxicity of canceled culture, we’re going to look at Harry Styles. Historically, Harry Styles is one of the most unproblematic celebrities, as he has gone 10 years in the public eye without a major scandal.  He’s been known to be extremely accepting. He has been known to be an ally to the LGBTQ+ community, even helping a fan come out to her mom at one of his concerts. He also was seen protesting with the Black Lives Matter movement this summer. His slogan is even, “Treat People With Kindness.” It’s rare to meet a person who doesn’t know who he is, but it is even rarer to meet a person who knows who he is and doesn’t love him. That being said, what does one do when a seemingly “perfect” celebrity makes a mistake? Is it straight to the chopping board with their entire career?

In the midst of the pandemic, after almost a year of becoming acclimated to public health guides, the type of mask you wear (or don’t wear) hints to who you are as a person. Wearing a gaiter mask, which has been proven to be less effective if they are only a single layer, shows that you're sort of following the rules, but only doing so because you have to, not because you care about others. Some studies have very recently shown that gaiter masks are more effective than originally thought. Despite this, it is still believed that gaiter masks are not as effective as cloth ones, making fans disappointed in Styles. Styles was also seen with 5 or 6 other people, unmasked in a convertible, also sparking controversy. This all was disappointing to see, to say the least.

Despite this disappointment, it was interesting to see fan reactions to Styles and his corona-slip up. Instead of immediately cancelling Styles and saying he’s over and done with, people began to hold him accountable. Fans have even said he’s in “time-out” or he’s on “probation” for the time being. These phrases allude to the possibility  of improvement, as both acts are used to give a person time to prove that they have changed or to be able to hold themselves accountable for their actions. Although it is definitely funny to hear these words surrounding grown celebrities, this accountability is an important part of society. How are people ever supposed to improve their actions if they’re not given the chance? It’s important to remember that celebrities are human too. Yes, they have a platform, and so action must follow rather than empty promises, but they are also human beings who are able to make mistakes as long as they fix them moving forward.

Just because a celebrity, like Styles, is normally perfect doesn’t mean they can’t make mistakes, and just because they make a mistake doesn’t mean they have to be cancelled. Rather, holding a celebrity accountable provides a space for improvement and self-growth, something most people preach in 2021. Let’s stop cancel culture and start an era of accountability. 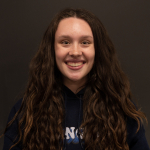