A Path Forward: Catholics in the Public Square Offer Advice to President Biden

Hosted by Boston College’s Mark S. Massa, panelists conversed about their hopes for a prosperous future between the Biden administration and the Catholic Church, specifically with regards to bishops. In a conversational dialogue rather than structured points of advice, all of the panelists agreed that bipartisanship and dialogue are key factors in progressing the political message of the Catholic Church.

Rather than a fixation on previous political moves made by the Trump administration, panelists focussed on the best way to move forward under the Biden administration, with a common emphasis on meaningful dialogue.

It is no secret that the Trump administration relied on polarization and division to further its political agenda.

Massimo Faggioli of Villanova University said that “the presidency as a moral discourse has changed overnight.” He argued that to heal the divide of American politics is not simply about changing who is in charge, rather, an emphasis must be placed on changing the script.

The current culture war, often called cancel culture, was a contentious topic for the panelists. “So many of us get caught in echo chambers without fully acknowledging the damage that it is doing to public conversation,” said Amy Uelmen of Georgetown Law. She argued that in order to create a more welcoming and accepting environment for Catholic agenda, the nature of relationships between both Republicans and Democrats would need to change, with both parties acknowledging the damage their polarized rhetoric of the past four years has caused.

American journalist and political commentator at the Washington Post, E.J. Dionne aligned himself with Uelmen as he chastised those who allowed complete familial division over politics. Dionne argued that the most concerning consequence of the past four years is that Americans have lost the capacity to argue differing viewpoints and still love each other at the end of the conversation.

Bishop McElroy, a frequent critic of partisan politics in Washington D.C., recognized President Biden’s attempts to change the language of political discourse. McElroy argued that the bipartisan conflict engulfing the Supreme Court has a costly impact on the future of abortion law, health care, and rights and protections for voters and workers. He recognizes that the current political structure in the United States accepts certain elements of Catholic Social Teaching while rejecting others, creating a confusing and guilt-filled voting environment for Catholics.

When asked what his advice to bishops dealing with President Biden would be, McElroy said that relationship is the most important. “Our first step as bishops should be to try to approach the administration and the president,” he said. McElroy finished by saying that there must be a dialogue where both sides feel understood and believed. This kind of relationship, he argued, fosters support between both parties.

McElroy's message of a need for nuanced political bipartisanship and productive dialogue in order to lessen the modern culture war was echoed by his colleagues on the panel, with all involved recognizing the need for conversation and empathy. The panelists found common ground throughout the webinar as they agreed that President Joe Biden’s first step should be to foster a political environment of healing and bipartisan conversation. 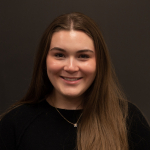