Home›Culture›Arts and Entertainment›Call Anti-Asian Attacks What They Are: Hate Crimes

Call Anti-Asian Attacks What They Are: Hate Crimes

Arts and Entertainment, Culture, Politics and Activism
by Hajin Cho

When the coronavirus pandemic first began in early 2020, Asians had to face a dual threat: the threat of contracting a deadly, quickly-spreading virus, and the threat of racist attacks. The first reports of COVID-19 coming from Wuhan, China brought a new wave of Sinophobia, resulting in a physically and verbally violent demonization of Asians—especially in the United States.

But racism against Asians didn’t begin last year, nor will its end correspond with the end of the pandemic.

Now, we have to speak out. It took us this long to signal to the world that we are living in fear. We are invisible. Perhaps it’s because we’re taught to pick up our heads and ignore the hate. Or, more likely, it’s because the media and our politicians have failed to uplift our stories, time and time again.

As COVID-19 was spreading across the world, Asian hate spread rapidly along with it. According to a Pew survey, negative views of China in the U.S. hit a nearly 20-year high. As early as February 2020, innocent pedestrians doing their part by wearing masks in public were kicked, punched, and verbally attacked, called derogatory slurs and blamed for carrying the “Chinese virus.” The attacks were furious, targeting anyone with East Asian features. They sparked horror and paranoia, leading to increased anxiety and fear in a population that reportedly has higher rates of anxiety and depression related to COVID-19 than other racial groups. Asian people started to avoid leaving their homes out of fear.

What’s spreading faster than COVID-19? The virus itself, or the racism that Asians are facing across the U.S.?

Recently, headlines have reported percentages like “Anti-Asian hate crimes increased by nearly 150% in 2020.” According to the Center for the Study of Hate and Extremism at California State University, San Bernardino, anti-Asian hate crimes in New York rose from three in 2019 to 28 in 2020, which is a 833% increase. Following New York, Los Angeles and Boston also saw a rapid increase.

An increase by a triple-digit percentage is alarming. Crimes against Asians have been historically underreported, which makes the percentage increase seem more dramatic. Anti-Asian hate crimes have always been there. They were just not reported. Notably, no organizations or government agencies have tracked the issue over a long enough period to determine the exact numbers for such crimes, not to mention the fact that prosecutors frequently dismiss cases as too “unclear” to be investigated as hate crimes.

“Many incidents were not classified as hate crimes or went unreported. Many of the attacks do not result in hate crime charges,” reports the New York Times, “because the police need evidence that identity was the motivating factor, such as an audible racial slur, a self-incriminating statement, or a history of racist behavior by the attacker.”

“I stopped going to Chinatown in Boston recently because I was scared after all the news about hate crimes at Chinatown,” reports an Asian American freshman student, who wished to remain anonymous for protection.

Ironically, at the same time that anti-Asian hate is on the rise, the overall hate crime rate decreased over the past year due to less contact in public spaces during the pandemic. Yet, there is still a pervasive reluctance to actually label these incidents as hate crimes in the mainstream media.

This past Tuesday, March 16, brought to the headlines one such incident in which Asians were racially targeted. Eight people, six of Asian descent, were killed in shootings at Georgia spas. Once again, the media and police refuse to call this what it is: a hate crime.

The suspect is Robert Aaron Long, a 21-year-old white man. He was charged with four counts of murder and one count of aggravated assault. He claims that his action was not racially motivated, but rather due to his sex addiction. Officials in each jurisdiction said there were no immediate indications of motive and it’s unclear whether the shootings were related, according to CNN.

Atlanta Police Chief Rodney N. Bryant has declined to say whether police believe the shootings amounted to hate crime, saying, “We can’t make that determination just yet.” The officer also added that it “was a really bad day for him [Robert Aaron Long] and this is what he did.” His “bad day” resulted in the murder of six Asian women.

The officer neglected to acknowledge the correlation between racism and this incident, speaking dismissively while members of the Asian community feared for their lives and mourned those they lost. David Palumbio-Lui, a Stanford professor and author of Asian/American: Historical Crossings of a Racial Frontier, reacted to these responses in an interview, explaining that despite the shooter’s claims, “he’s going specifically to these spas where Asian women work precisely to serve the sexual fantasies of white males.”

As Palumbio-Lui indicated, the signs all point to this being a racially-motivated hate crime. Long targeted women of a specific race, blaming them for his own problems and killing them because of it. Even if he wasn’t motivated by pandemic-related racism, his actions point to a pervasive exoticization of Asian immigrant women. This country’s reluctance to hold him to a higher standard of accountability only confirms the overt white supremacy embedded in our justice system.

The names of four of the eight victims have since been released: Delaina Ashley Yuan (33), Paul Andre Michels (54), Xiaojie Yan (49), and Daoyou Feng (44). Say their names. May they—and all of the other unfairly targeted innocents—rest in peace.

I ask you, as readers, to take time to educate yourself about Asian history, both the good and the bad. Call out acts of racism and xenophobia when they happen. And most of all, uplift Asian voices. We all have fears due to COVID-19, but we will get through this together. I, Hajin Cho, am tired of living in fear just because I’m Asian. We are here, and we demand to be seen. 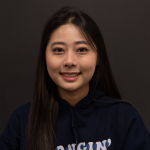