On March 16th, we lost eight lives to the actions of Robert Aaron Long who, according to the Cherokee County Sheriff’s Captain Jay Baker, was having a “bad day.”

While the motives to target these three spas are unclear and the Cherokee County Sheriff Office stated that the crimes were not racially motivated, six out of the eight who were killed were women of Asian descent. Long admitted that the killings were to eliminate the temptations of his sexual addiction in which these massage parlors acted as an outlet. This begs the question: is it merely by chance that a majority of the victims were Asian women?

I personally don’t think so.

Unfortunately, prior to this devastating tragedy, the number of violent hate crimes towards Asian Americans has continuously grown. Just two days later, two elders were violently attacked concurrently in San Francisco. Around a year ago, a Burmese man and his two sons were stabbed by a man with a knife who had thought the family was Chinese and spreading coronavirus while they were shopping for groceries. According to NYPD data, in New York City alone, hate crimes against Asian Americans have increased between 2019 and 2020.

On March 16th, the organization Stop AAPI Hate released a report compiled of 3,800 incidents that were received by its response center from mid-March of 2020 to February 2021, and one of its co-founders stated that the actual number of hate crimes are underrepresented: as someone who has personally experienced one of these incidents, I can attest to that statement.

This past May, I went to Costco with my mom on our bi-weekly grocery trip, and I assumed that this day was going to be like all the others. I put on my mask and started to walk towards the store’s entrance as a white male quickly approached me: He took down his mask, spit on me, and said, “go back to where you’re from.”

I was shocked, but I did what I thought was the right thing by not starting a conflict and quickly walking away. I was upset for a multitude of reasons. I was born and raised in the United States, and it’s the country that I personally call home, so the fact that a fellow American said and did that was a wake-up call. I had never really felt fear or intimidated in that sense until that day. I had dealt with microaggressions like jokes about eating dog meat or being asked where I was really from, but this was my first blatant encounter with a physical incident.

When coronavirus first emerged and started to spread throughout the United States, our past president and his administration called the coronavirus the “Chinese Virus” and the “Kung Flu”—both terms of racist rhetoric that I believe, in addition to others, triggered an influx of hate crimes against Asian Americans from the start of the pandemic. Understandably, we’re all frustrated since last March when the virus first emerged. Our daily lives have drastically changed, we’re restricted from seeing some of our loved ones or unable to visit friends from different parts of the world, and we’ve lost so many lives, but we’re all struggling through this pandemic together.

In regards to the Atlanta shooting, another issue that is gaining more attention is the term “yellow fever,” which is used to describe white men with sexual preferences or fetishes towards Asian women. The colloquial usage of that term, even on this campus, has been very surprising. At the start of this academic year, I was told that I should be thankful that yellow fever existed in the dating world, and this past Thursday, a peer jokingly stated that he had yellow fever: two days after the Atlanta shooting. Our society—including members of the Boston College community—needs to understand that labeling someone as “exotic” is racist and simply degrading.

As one of around 1,000 Asian and Asian American students at Boston College, I hoped – in fact, I expected – that the administration would promptly release a statement condemning Long’s actions and establishing their solidarity with the school’s AAPI community.

It took seven days for Tom Mogan, the Associate Vice President for Student Engagement and Formation, to even address the increase in hate crimes.

However, VP Mogan’s statement was dismal: He did not even address those eight lives—six of them sharing the same identity as me and many other Boston College community members—that were lost on that Tuesday. I found Mogan’s one paragraph about the increase in hate incidents in the United States to simply be insufficient. On social media, I saw reposts of our peer universities’ statements within days, addressing the tragedies of March 16th and prior. Presidents of Villanova University, Fordham University, Boston University, Northeastern University, Babson College, Georgetown University, and more have all issued statements, and I was embarrassed that Boston College was still posting pictures of our campus instead of addressing these issues.

Despite the lack of response from BC’s leadership and administration, there are on-campus and off-campus resources that students can utilize to educate themselves. Culture groups that are a part of Boston College’s Asian Caucus serve as a welcoming space for dialogue and learning. Instagram accounts like NextShark and StopAAPIHate are sources that students can utilize to burst the bubble and keep updated. Read those Instagram stories, not just the headlines, as they are reposted for a reason, and ultimately, reach out to your Asian and Asian American peers and friends to ask about their experiences. 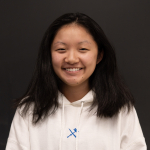