Home›Culture›'Montero (Call Me By Your Name)': Lil Nas X’s Agenda in a Homophobic Industry

'Montero (Call Me By Your Name)': Lil Nas X’s Agenda in a Homophobic Industry

In the early 1970s, the streets of New York City came alive with the buzz of music. Performing for large block parties, urban DJs during this time experimented with the isolation of musical components in funk, jazz, and soul to entertain their audiences. Incorporating the rhythmic lines and speech of MCs, later known as rappers, this combination of percussion and poetry ultimately birthed the origins of rap. Over time, this genre developed into a free expression of emotion, highlighting rappers' perspectives on masculinity, sexuality, race, and many more. While this specific industry voices multiple perspectives and experiences, rap still almost entirely focuses on hetereonormative relationships. Dominated by straight, male artists, the rap community fails to include and display sexuality outside of heterosexual standards. For many music fans and members of the LGBTQ+ community this lack of inclusion demands better representation of non-heterosexual partnerships in rap. “Montero” heeds this call for inclusivity.

On March 26th, the Grammy-award-winning rapper Lil Nas X premiered the music video for his newest single, “Montero (Call Me By Your Name).” Primarily known for the success of his genre-bending, debut song, “Old Town Road,” the rap artist continued to create music and gain popularity over the last two years. After coming out during pride month in 2019, Lil Nas X uses his new song to explore his sexual identity in both lyrical and visual motifs. Opening the video, he narrates:

“In life, we hide the parts of ourselves that we don’t want the world to see, we lock them away. We tell them, ‘No.’ We banish them. But here, we don’t.”

Through this voice over, Lil Nas X presents the fictional land of his music video, Montero. Named after himself (Montero Lamar Hill), this utopia represents the unrestrained expression of sexuality, absent of judgement and prejudice. The rapper reinforces this theme of outspoken desire and passion through various sensual representations of himself. Scenes—including a makeout session between Lil Nas X and the alien version of himself, a pole dance down to the depths of Hell, and a lap dance on the Devil—highlight the singer’s queerness throughout the song. This creative project also meshes aesthetics from the modern, historic, and biblical worlds to further characterize Lil Nas X’s distinctive style.  Incorporating elements of the Garden of Eden, a Marie Antoniette-styled court, and the fiery underworld, the rapper combines unique features of design to further depict his identity and discount homophobic narratives. While religious teachings are often used to condemn LGBTQ+ members, Lil Nas X flips this discriminatory practice and uses classic biblical scenes to show confidence in his sexuality.

As explained in an interview with Genius, both the sexual lyrics and images purposely work to establish and normalize gay lust within the predominantly heterosexual industry. Lil Nas X specifically discussed writing this song during the beginning of the COVID-19 pandemic, after realizing his attraction to a male friend. Opening lines, including, “I can't pretend I don't see you doing this sh--, and I can't pretend I don't notice these things,” explicitly describe interactions between Lil Nas X and his crush, while providing a queer narrative in mainstream music and representation for rap fans in the LGBTQ+ community. In this interview, the rapper confirms the influence of the 2017 film Call Me By Your Name on the song’s title. Lil Nas X particularly notes the powerful impact of this movie as one of the first gay love stories he remembers watching.

Alongside the song and music video, Lil Nas X released a letter to his 14-year old-self. It reads: “Dear 14-year-old Montero, I wrote a song with our name in it. It’s about a guy I met last summer. I know we promised to never come out publicly, I know we promised to never be ‘that’ type of gay person, I know we promised to die with the secret, but this will open doors for many other queer people to simply exist. You see this is very scary for me, people will be angry, they will say I’m pushing an agenda. But the truth is, I am. The agenda to make people stay the fuck out of other people’s lives and stop dictating who they should be. Sending you love from the future. -LNX”

With this agenda, Lil Nas X joins other artists who openly discuss their sexual identity. Many highlight Frank Ocean as the beginning of a revolution. In 2012, the young rapper released his debut album Channel Orange and wrote about falling in love with a man. Welcomed by the community, other creators followed Ocean’s lead in expression of their sexuality. For example, Brockhampton has presented music greatly impacted by Black, queer identities. Even Tyler, the Creator, who once prominently featured homophobic slurs in his music, now writes about his own sexual desire for men. Specifically, his album Igor, highlights his queerness and unrequited love for another man. Although these are absolutely not the only artists who depart from these norms, their visibility in the world of popular music means recognition and increased acceptance of gay sexuality in rap.

By writing an inspiring message for his younger self, Lil Nas X also identifies the prejudices in music towards his sexual identity. He correctly predicts that, “people will be angry,” as the rapper has already received continued backlash for his music video. Although some religious listeners criticize the song for its Satanic portrayals, homophobia underlies the majority of negative comments. In the genre Lil Nas X enters, discrimination is often supported by both exclusive representation and outward bigotry from popular creators. Artists, including Kanye West, J. Cole, and Eminem, utilized derogatory language, such as the f-slur and term “no homo,” in their past music that disrespects members of the LGBTQ+ community. Following several social movements in music, some rappers have issued apologies for their homophobic behavior. However, the influence of prejudice remains a latent element in much of rap music.

In spite of judgement, Lil Nas X gives himself a greater responsibility than just producing music. As one of the few openly gay artists in rap, he speaks for millions of fans, who yearn to see their identity reflected in their favorite music genre. Through “Montero (Call Me By Your Name),” the rapper fulfills his agenda by freely reflecting on homosexuality in past relationships and lustful desires. Lil Nas X ultimately works to create memorable music, while forming inclusion and a path for other gay artists within the rap industry. To many, the rapper is now a role model for many young, queer music-lovers. Despite Lil Nas X’s dedication, however, the rap industry requires further progress to establish genuine equality in music. 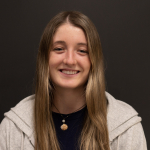