Off Campus, Sports
by Chris Halstad

For the first time in his long and storied tenure atop the boxing heavyweight division, Deontay “The Bronze Bomber” Wilder made his walk to the ring as the challenger Saturday night. His opponent, Tyson "The Gypsy King" Fury, handed Wilder his first loss in 43 fights in their previous bout. Fury arrived at the ring donning a gladiator’s costume befitting of his exotic personality.

After more than a year and a half of buildup, months of legal disputes to make the fight happen, and numerous cheating allegations from Wilder’s team, the two men finally met face-to-face in the ring to conclude their epic trilogy.

At the sound of the opening bell, Wilder came out showing clear adjustments from his previous fight with the Gypsy King. He threw his jab often and pressed Fury. Fury meanwhile showed patience and poise, sizing up Wilder, hardly throwing any punches at all.

While it was a decisive victory for Wilder in the first round, the momentum of the fight began to shift rather quickly. Fury, having become acquainted with the anger and aggression of Wilder, began to execute the same game plan that brought him a victory in his previous bout. His strategy relied on nimbleness and forward momentum. He constantly pressed Wilder and avoided some of his more loaded punches. The strategy seemed to work perfectly, ending round two with a clear victory for Fury.

While the first two rounds left viewers confused as to who might prevail, the following two rounds did nothing to help. Round three saw Fury knockdown Wilder with a flurry of clean right hands. Down for almost the entirety of his ten-second count, Wilder barely rose from the canvas just as the bell rang to signal the end of the round.

Still shaken, Wilder walked out for the start of round four, leaving fans with low expectations that he would survive the following onslaught. However, with the heart of a champion, Wilder found a clean right that would have put most men to sleep and dropped Fury to the canvas.

Rather than technique, Wilder was functioning off pure rage and instinct, ambushing Fury however he could. The champion rose on the count of seven but was dropped yet again by Wilder, who rarely fails to close fights in these kinds of situations. Somehow, Fury rose by seven once again and regrouped with his corner by the end of the round.

After these tense and closely matched initial rounds, Fury proceeded to dominate the rest of the show. Round after round, his nimbleness was too much for Wilder, hardly taking a single clean strike. His superior defense, rumble-and-tumble style, and powerful strikes began to overpower the tiring Wilder, who just couldn’t seem to land a knockout blow.

By the tenth round, Fury was dominant and put Wilder down with a strong right. Somehow Wilder rose back, survived the round, and returned to his corner. However, after this moment Wilder was not present, throwing half punches and lacking technique.

In the 11th round, a battered and weary Wilder hobbled out to the thundering blows of Fury, who smelled blood in the water. Shot after shot, Fury rained down on Wilder who could hardly protect himself, making many viewers wonder why the fight hadn’t been stopped already. After numerous knockdowns, Fury threw the final grisly right hook to put Wilder out cold and cap their trilogy. Singing, “Walking in Memphis”, the Gypsy King celebrated his victory in style. 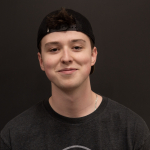