BC News, News, Off Campus
by Kyra Johnson

The Boston College Department of International Studies, Department of Asian Studies, and Korean Students Association collaborated with the Consulate General of the Republic of Korea in Boston for a showcasing of the film Minari (2021) on Thursday, Oct. 8.

Directed by Lee Isaac Chung, Minari is critically recognized as one of the top films of 2021, earning prestigious awards such as the Grand Jury Prize at the Sundance Film Festival, Best Supporting Actress (Youn Yuh-jung) at the Academy Awards, and Best Film, Best Director, and Best Foreign Language Film from the American Film Institute. The film was also nominated for Best Picture at the Academy Awards.

The success of Minari is further indicative of the growing momentum that Korean media has been gaining internationally.

What sets it apart from other mega-hits such as Parasite (2019) and Squid Game (2021), however, is its authenticity—Minari aims to tell the realistic story of an immigrant Korean family moving to a desolate farm in Arkansas in pursuit of making enough money to eventually lead them to a better life.

Chung was directly inspired by his own rural upbringing and used his family as a basis for creating the fictional Yi family depicted in the film.

The screening event was held in Devlin 008 Wednesday evening, and attendees were offered an assortment of traditional Korean sweets to enjoy while watching the film.

Opening remarks were made by Mr. Kijun You, Consul-General of the Korean Consulate in Boston, who attested to his excitement about bringing an understanding and appreciation of Korean culture to Boston College. He was excited to continue the momentum of Korea on the big screen after the success of movies like Parasite—global audiences are finally recognizing Korea.

“Minari reflects the continued thriving and hope of Korean immigrants,” said You, “and tells us that there is no obstacle we cannot overcome if we put our minds to it. Korea can and will emerge stronger.”

Following You, Professor Erik Owens, the Director of the BC International Studies Program, also offered some pre-screening remarks on how fortunate he felt that Korean culture was being brought to BC. He felt that Minari could offer multiple new insights by rewatching the film, suggesting that there is always more someone can learn about different cultures.

Next, the Director of the BC American Studies Program, Professor Christina Klein, provided context for the film’s creation and production in her pre-screening talk, which she said was vital to understand in order to appreciate Minari to the fullest.

Director Lee Issac Chung, she explained, was on the verge of quitting the film industry, and he believed Minari would be his final attempt at directing. With a small budget and a handful of supporters from Hollywood, Chung and his cast traveled to the outskirts of Tulsa, Oklahoma to shoot the movie over the course of a mere twenty-five days in sweltering 90 degree weather.

The film’s low budget required the small design team to purchase their own trailer to use as the primary set, as well as acquire vintage clothing that had to be re-washed for each day of filming. Without the time and equipment provided to typical Hollywood blockbusters, Chung had to embrace the circumstances and use somewhat flawed shots—which, in reality, further contributed to the film’s authenticity.

“The budget is the aesthetic,” explained Professor Klein.

After the opening remarks had concluded, the film was shown.

The story follows Jacob Yi (Steven Yeun) and his wife, Monica (Han Ye-ri), and two young children, Anne (Noel Kate Cho) and David (Alan Kim), the latter of whom has a heart condition.

Jacob and Monica immigrated from Korea to California in pursuit of a better life, yet unsustainable conditions in California prompted Jacob to buy a plot of land in rural Arkansas, where he hopes to start a farm. Monica, unhappy with the move and worried about the futures of their children, invites her mother from Korea, Grandma Soonja (Youn Yuh-jung), to come live with them and look after Anne and David.

While Jacob struggles to achieve the crop yield he wished for, Soonja attempts to connect with David, who is reluctant towards her based on Soonja not being a “real grandmother” who bakes cookies and instead “smells Korean” and gives him chestnuts.

This lack of connection demonstrates one of the film’s core ideas: there is a difference between being Korean and Korean-American.

Additionally, Monica grows frustrated at Jacob’s obsession with the farm, slowly resenting him on the basis that he is choosing the farm over their family. The tensions apparent in the family begin to boil over, and they are forced to make a choice: they can return to California with empty pockets or continue blindly chasing after the “American Dream.”

The screening ended with an enthusiastic round of applause from the viewers and transitioned into a panel discussion about the themes of the film. Moderated by Korean Language Professor Seung Hee Jeon, Daisy Wang (‘22) and David Kim (‘23) provided their insight on how the film spoke to them.

Jeon pointed out that even though it was a simple story, complicated family dynamics were covered, and there were also subtleties regarding religious salvation paralleled with the Yi’s devotion to Catholicism. She also made note of the use of red, white, and blue in the set design and costuming to convey ideas of the American Dream.

Using her Korean language background, Jeon also informed the audience of the pun on the film’s name—“minari” means “wonder plant,” and in the movie, the grandmother often sang a song with the line, “Minari, wonderful!”

Wang commented on the importance of the grandmother as the “backbone” of both her own family and the Yi’s. In her experience, it was because of her grandmother that her family could be provided for, which is a theme she greatly enjoyed from the movie.

Kim strongly connected with the rural setting of Minari as someone who had been raised in a rural, non-Asian community. To him, the main question of the film was, “What does it mean to be part of a community?”

The discussion was then passed on to the audience, where one attendee posed the question, “What was the most accurate or difficult depiction of Korean culture in the film?”


Several students offered their opinions, with a common consensus being that the role of the grandmother in the film closely resembled their experiences.

Three students shared that they also had a grandparent come care for them while their parents worked and that the mix of the tension and love that David felt towards Soonja resonated with them. Their common consensus was that grandparents are critically important to their families despite the gap that exists between more traditional family members and younger generations.

One student also reflected on her upbringing as an Asian American, in which she was American the moment she left her home, but with her family, she still could not entirely connect with her culture—even though her family was speaking the same language, it did not feel like the same language.

In terms of Korean representation in the media, Minari is just one step towards a much larger goal. During his reflection, Kim reminded the audience that the story of the family in the film is only one family and one experience amongst the sweeping scope of stories from Korean-Americans, but sympathizing with that one story is just as important as understanding all aspects of Korean culture.

While the world is seemingly consumed with Korean media and pop culture, from K-Dramas to K-Pop, it is vital to remember that respecting a culture extends far beyond just enjoying its surface-level displays—it also involves being aware of the struggles some of its people face and what an individual can do to support them.

Here are some links to organizations that will be directly helpful to and informative about the Korean community at BC, in Boston, and beyond: 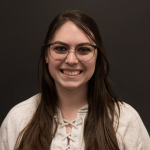