The Myth of 'Reverse Racism'

Features, Outside of BC
by Ana Ibarra

Race and racism have an origin story intertwined in the idea of one begetting the other, with racism often misconstrued as the product of race. Racism is defined as “a belief that race is the primary determinant of human traits and capacities and that racial differences produce an inherent superiority of a particular race”. The implications of such a definition have resulted in hate, slurs, and hierarchies that have continuously oppressed BIPOC and lifted white people. However, in today’s climate, the definition of racism has shifted to also include societal and systemic advantages and disadvantages based on race. It is clear that racism occurs when, and only when, prejudice and institutional power combine.

Over the last few years, there was hope that the United States had entered a post-racial era, one where the color of one’s skin was not an incendiary topic or a viable campaign platform. However, we were faced with rising hate crime numbers in 2020, the normalization of police brutality, and the idea of reverse racism being a threat to those unwelcoming to social change. Reverse racism is a myth. The falsity stems from the lack of systemic power that would need to accompany perceived prejudice against white people. There is no racism without both crucial factors, which only white people possess.

There is irony in the fact that many prominent conservative figureheads claim that racism is nonexistent in our country today, yet their noble followers cling to the battle cry of reverse racism when something offends their white egos. Suddenly, because the country elected a Black man for two consecutive terms, there is no such thing as systemic racism in the United States. Since one person who belongs to a socially constructed minority can clearly succeed, all of this talk about racism from adept scholars must be bogus. But (and yes there is always a but) as soon as someone is offended by a comment along the lines of “white people can’t dance,” the label of reverse racism is whipped out as a serious plea. An insult pertaining to whiteness is not the same as the years of segregation that glorified whiteness, the brutality endured by BIPOC at the hands of police, constant berating in the form of microaggressions and slurs, and outright hatred from all forms of whiteness.

Reverse racism has no formal definition in any dictionary, which is no coincidence. However, a California Law Review defined reverse racism as the phenomenon where “individual blacks and members of other minority groups began to be given benefits at the expense of whites who, apart from race, would have had a superior claim to enjoy them”. Such a claim began to paint the false narrative that “deserving” white people had been cast aside in favor of Black people who were believed to be unworthy of any benefits. We cannot possibly claim that Black people became the preferred people of the state when they made up 13.2% of the population but 23.8% of those below the poverty line. Or how the origins of policing were from slave patrols and now Black adults make up 38% of the prison population. The idea is not that whites were deserving of what they received, but rather that all systems were set up in their favor, giving them the wind on their back necessary to ensure freedom from oppression. No one said white people had a life full of sunshine, rainbows, and no struggle, but one must understand that none of that suffering came as a result of their skin color.

Reverse racism has no class, gender, socioeconomic status, or age restrictions. People of all backgrounds have used and encouraged these claims, regardless of their inaccuracy. Claims of reverse racism emerge in sports as reactions to the fact that 80.7% of NBA players and 71% of NFL players are racial or ethnic minorities. There are also instances of affirmative action being accused of being a racist policy against whites, often stemming from resentment against the rising importance of diversity. To some on the furthest right, diversity is even a code word for white genocide, because, in their eyes, seeking equity for minorities means whites are being persecuted and exterminated. There’s a push to abolish race-conscious practices under the idea that they disadvantage and discriminate against whites, yet when systems discriminate against minorities, there’s aggressive pushback accompanied by being told to simply work harder. Clearly, access to opportunity is only convenient when it’s not at the expense of the privileged. None of these situations prove reverse racism; rather, they demonstrate how white people choose to claim oppression and racism exist only when their privilege is exposed and they experience discomfort.

There is no plausible explanation for the claimed existence of reverse racism. The phenomenon cannot exist because white people live in a place where people and systems are not programmed to oppress them, harm them, or persecute them based on their race. There were no centuries of slavery, decades of segregation, or years of internment and detainment for them. There is one common denominator of minority suffering in the United States, and that is race. Despite what right-wing leaders may say, or the false beliefs that whites suffer more than Black people in this country, this phenomenon does not exist—because hurt feelings do not equal racism. 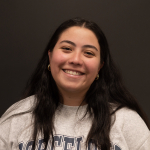