Features, On Campus
by Lauren Whitlock

You might know Urwa Hameed, MCAS ‘22, for her work at UGBC, where she was the chair of intersectionality. Or, you might know her from her non-profit organization that helps immigrants fill out government forms in their own language. When she was younger, she did this for her neighbors thanks to her ability to speak Punjabi, Urdu, Arabic and English. Growing up in Pakistan and moving to the US in middle school meant that Urwa understood the difficulties of immigration. At Boston College, Urwa has used this experience to advocate for marginalized groups on campus. Just last year, Urwa advocated for  an LGBTQ+ housing option for students and increasing gender neutral bathrooms at BC, as well as signing resolutions to celebrate Indigenous Peoples' Day and make upper campus accessible via wheelchair. But this fall, Urwa used her talents on a more global scale.  Leveraging her early childhood experiences and college social activism, Urwa published a book titled, Steering Towards Change: Women Politicians Challenging Patriarchy, Class and Power in Pakistan, which was released in English on October 1st.

Urwa notes her many inspirations for writing her book, mainly her father. As a lawyer in Pakistan, he held pro-bono clinics for people experiencing legal troubles. Urwa's Quran teacher came to her father for legal advice. She spoke about how this was one of the first times she saw a woman's specific financial and societal struggles other than her own. Urwa is no stranger to difficulties in receiving an education for women in Pakistan. When she was in middle school she would wake up every morning to drive two and half hours away to get to school. Urwa recounts “I knew as a girl, I had to go two and a half hours away to get to school. But there were problems beyond that, that I had to face. Problems that everyday women deal with. That was a first introduction to me into this kind of world where women face more adverse issues in a country where basically everyone was facing adversity. Yet it was ten times harder for women to get an education, ten times harder for them to get their property, ten times harder for them for everything.” Thus began Urwa’s mission of women’s rights advocacy.

Urwa, then in her third year of college, decided to write a book. This book started out as a research-based project, but as Urwa spent time interviewing the women of Pakistani government, she realized that it was much more than that. Data and information are an important aspect of political science, but Urwa realized that these women’s diverse and nuanced perspectives could help pave the way for other women in government.

Urwa’s questions focused on important factors such as religion, education, culture, nepotism and patriarchal structures. Pakistan is around 96% Muslim, making it easier to see how one religion affects a multitude of women in government. Urwa asked questions about whether Muslim politicians felt they had to hold themselves to a different moral standard. The second element was education. Urwa was interested in how the availability of educational opportunities for children varied based on gender. Because of the difficulties women face to receive secondary education, are they less likely to run for office? The cultural and societal element was also an interesting topic of discussion. Female candidates still had to make themselves appealing to male voters, while male candidates were already seen as appealing to both male and female voters. Urwa then went on to ask about the patriarchy and nepotism element. Many women in Pakistan are financially dependent on some sort of male family member. Because of this, Urwa wanted to investigate the patriarchal effects on voters and the politicians themselves. Do female politicians feel that they can be successful in their role?

Urwa travelled to varying geographic regions to interview most of the female politicians in Pakistan. Luckily, Urwa was in Pakistan while female politicians were having an annual meeting of the Senate. She interviewed around 50 of them. This meeting opened up her opportunities. Now she could approach anyone, giving them her elevator pitch and conducting an interview within the same day. Urwa talked about a particularly inspiring woman who married at 14, had four kids by 20 and at the age of 60 was one of the most powerful female politicians in Pakistan. Urwa describes being overwhelmed by the power of their stories and how she, as an inexperienced writer, would be able to do them justice. These stories shifted her approach. She recounts, “In the beginning it was a research project. But, as I was in the room with those women who were sharing and pouring their lives out for me, I shifted what I wanted to share. I didn’t set out to write a book initially. But I found their stories to be so precious and inspiring–I realized I couldn't just rip them apart for political analysis. These stories need to be presented on their own.”

Urwa's interview skills became increasingly important. She spent months trying to create the perfect questions that would garner responses from a diverse group of female politicians. When speaking to politicians from Balochistan, a more conservative area of Pakistan, she wore a hijab and spoke in Urdu. She had to change interview tactics, noting, “They wouldn’t be comfortable speaking to you, they would close up or they would not give you honest accounts of what it is you’re asking for, especially given that the questions I was asking were about patriarchy, family and religion.” She did not want to be seen coming from a western perspective, judging them. For the more liberal politicians in Islamabad, she took a different approach. She tried to appear less conservative. Overall, Urwa had to make herself a blank slate, someone who was not judging these women, simply listening to their life stories.

Urwa hopes that this book can incite change for women in government all around the world.  Her biggest wish would be that young girls in Pakistan read this book and understand that they can be an integral part of the government. The book is currently published in Urdu and being distributed to female Pakistani middle school students. The book was recently published in English as well and Urwa believes that the book is expandable to any women in politics around the globe. When asked about the effect of more women in politics she said, “Having more female politicians means all the systems connected to politics have also progressed. More women in politics means more educated women, more women who have access to financial independence, more women speaking out against the patriarchy, more progression for women’s rights.”

After graduation, Urwa plans to get her law degree and focus on international and women’s law. She feels as though her introduction to academia through her non profit and her book will help her work on the bigger picture. Urwa embraces the small changes she can make now, but hopes to one day change and create laws that can help women globally. 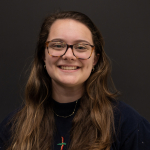