Many emigrants face challenges created by the treachery of the United States immigration system. These challenges are well documented by the media, and awareness for them is widespread. Justin Chon’s most recent film, Blue Bayou, takes an impassioned look at an often overlooked fear: What happens once you’ve made a life for yourself here?

Blue Bayou tells the story of New Orleans-raised Korean-American adoptee Antonio LeBlanc, loving husband to Kathy and step-father to Jessie. In anticipation of a second child, he tries to find work to supplement his unsteady income as a tattoo artist, but struggles due to a pair of felonies he received as a teenager. While shopping for groceries, Antonio gets into a scuffle with Ace, Jessie’s biological father and police officer, whose partner arrests Antonio. Upon posting bail however, it is revealed to his family that ICE has detained Antonio; although he was legally adopted, he was never naturalized. Suddenly he is faced with deportation to a country he has never known.

The deportation of adoptees is an almost novel concept; for those looking in from beyond the world of international adoption, Antonio’s story can feel alien and absurd, but for those who live within it, it can feel preposterously real.

I was born in Korea in July of 2002, was adopted and relocated to the United States in time to see Halloween in New England. Chon’s piece spurned a seemingly rational fear within me. What if I’m not a citizen? I quickly googled naturalization laws for adoptees—children adopted after 2000 are within the bounds of the Child Citizenship Act of 2000. The Act amended the Immigration and Nationality Act of 1965, conferring citizenship automatically to those adopted after 2000 who are under the age of 18 with naturalized parents. Notable in the context of Blue Bayou, the act selectively granted retroactive citizenship to some adoptees brought to the US prior to 2000, but is shaky on what the act sees as reasonable belief of citizenship. I was protected, and yet the fear still lingers.

When I spoke with friends about the film, many came to the consensus that the film was overly sentimental, over-wrought. Indeed, much of the film’s storytelling and plot arc fail to meet the criticality of the matter at hand. Its highly emotive elements shroud the film and fail to challenge the root of what separates families and takes people from the places they call home.

Aside from struggles of his impending deportation, Antonio battles poverty, police brutality, and emotional trauma, which together deepen the hole from which he must climb out. Parker, Antonio’s terminally-ill and newfound friend, functions exclusively as a source of sympathy and an outlet for Antonio’s internalized agony. Antonio’s wife, Kathy, isn’t characterized anywhere beyond wife-of-Antonio. While none of these parts feel necessarily trivializing in their own right, they together form an only semi-coherent and thinly written story stretched too far across the minutiae of Antonio’s life that manages to both romanticize and exploit both poverty and adoption as a unified identity. Worse still, it devalues the challenges faced by those family members that are affected by their loved ones being sent away.

It’s hard to say whether the message of Blue Bayou outweighs the seemingly exploitive manner in which it tells its story. The film picks at a poignant and immediately insightful topic, but relies too heavily on the hope that its viewers will enchant themselves with the emotions of the concept itself. The inadequacies of the film’s story as well as the way it grapples with the injustices themselves feel like an affront to the very true, very real, and still changing stories of the people in the exact same situation as Antonio. And yet the goal of the film itself does not necessarily feel dubious, and the message it seeks to tell is important and vastly overlooked. To say the film was a failure is certainly an over assessment of its faults, but to say the film tells its story completely is undoubtedly false. Blue Bayou fails to meet the gravity of adoptee deportation, yet the topic beyond the film seems so vicious and overlooked that coverage of it through viewership of Blue Bayou, despite its exploitation, seems justifiable. 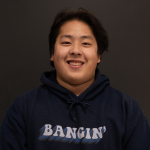