Papal Apology: A Scarlet Letter to the Past

Pope Francis, the current leader of the Catholic Church, has often been both praised and condemned for his unconventionally liberal policies and attitudes. On November 13, he publicly thanked journalists for their role in exposing the corruption within the Catholic Church, specifically in regards to the multiple widespread sex scandals and their infamous attempted concealment by Church authorities.

In the ceremony honoring two veteran correspondents of the Vatican, Pope Francis remarked, “[I] thank you for what you tell us about what is wrong in the Church, for helping us not to sweep it under the carpet, and for the voice you have given to the abuse victims.” Considering the harsh criticism towards the Church for their involvement, it’s interesting that Pope Francis admits the faults of the Church, an atypical action for previous Church leadership.

Pope Francis’s gratitude for journalists raises some crucial questions concerning the relationship between religion and journalism, and whether the status of that relationship should be improved—if possible. Another important question is how genuine Pope Francis’s statement was and whether he intends on preserving the transparency provided by the correspondents' coverage, or if the exact opposite will be achieved in the hopes of preventing further scandals from becoming public knowledge.

The Church has historically fostered a culture of secrecy and privacy. Fortunately, the public is now much more aware of the extent and magnitude of sexual scandals within the Church thanks to The Boston Globe, which first revealed these incidents to the public in the early 2000s. One such article discussed Father John G. Geoghan, a priest formerly in the Boston archdiocese. He was accused of sexually assaulting young children on multiple occasions throughout his 30-year tenure, and his case acted as a catalyst for open discussion on sexual abuse within the Church. While one would assume that Father Geoghan’s superiors were simply unaware of his behavior, records indicate that they had substantial evidence of his predatory past yet continued to turn over a blind eye.

Although there is now an incredible amount of confessions and victim testimonies, obtaining access to these sources was not a simple task. Most of the documents detailing the oversight of Geoghan and his superior’s comments acknowledging his sexual behavior have been given a court-ordered confidentiality seal, restricting our knowledge to the full extent of Geoghan’s atrocities and the Church’s complicity. Additionally, the victims providing these testimonies were previously discouraged from telling their stories through either direct orders from Church authorities or a federal law system which often prioritized the rights of clergy members (before the Geoghan case, clergymen were not bound by laws requiring them to report instances of abuse, and were granted the right to classify and address these issues internally).

Since then, the Church has attempted reform and has even altered its internal affairs policy to allow law enforcement to investigate incidents of abuse, as to avoid the biases present amongst clergymen. Even so, the effectiveness of these reforms is somewhat questionable—in 2018 (nearly two decades after the initial reporting of Father Geoghan), the Church faced public criticism for a report issued by a Pennsylvania Grand Jury, which uncovered the abuse of at least 1,000 children in six of Pennsylvania’s eight dioceses since the late 1940s. Catholic followers demanded tangible changes; in response, Pope Francis promised to institute a zero-tolerance policy for sexual abuse of any volume and insisted that he will combat the causes of the culture that allows this behavior to thrive, which he attributes to clericalism.

For many, however, these statements feel too much like empty promises. After decades of being silenced and gaslit, abuse survivors are understandably disillusioned with the Church. Many survivors were only placed in that environment because they had devoted relatives or guardians who held strong spiritual connections to Catholicism and wanted their children to have a similar connection, only to be betrayed by the same faith to which they were loyal. This likely has generated mixed feelings of guilt and confusion from those directly and indirectly hurt by these scandals, as well as the general public, which unsurprisingly contributed to a loss of public faith and trust in the Church.

Pope Francis has likely issued his statements of apology for the victims as well as gratitude for the journalists who revealed these long-hidden truths in response to the growing resentment. This is a notable contrast from previous leadership who exerted extreme effort into concealing these cases and actively worked to defend accused clergymen, while also obstructing the access of documents to truth-seeking journalists.

Although Pope Francis’s statements would suggest that he is attempting to break free of the Church’s longstanding tradition of secrecy surrounding these scandals, it’s also somewhat hypocritical. Pope Francis identified clericalism as the primary factor which allows these scandals to foster—which, in itself, is a valid claim—yet simultaneously he is the main leader of the same system which he is attempting to criticize.

Overall, it’s still reassuring to know that the Pope has publicly addressed these scandals and even made efforts to apologize for them. But it raises questions of whether his sentiments were authentic or performative, or whether it’s possible to remedy the extensive errors of an extremely tragic past. 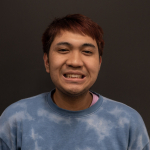