The Capitol Riots Anniversary: Reflections On A Tragedy

When we hear the phrase “January 6th,” our minds immediately turn to a horrific day in our nation’s history. Not long ago, we experienced an event that threatened the lifeblood of our democracy. Even today, a whole year later, it seems that we have still processed very little of the Capitol Riots.

Many politicians still won’t acknowledge the significance of the riots, discouraging deeper understanding of the event and its causes. Kevin McCarthy, the most powerful Republican in the House of Representatives, recently announced that he refuses to cooperate with the ongoing investigation into the attack, citing it as “illegitimate,” “authoritarian,” and “unconstitutional.” McCarthy’s opposition is quite ironic, especially considering that he is one of the figures under investigation for his potential involvement and has been asked to testify before Congress. McCarthy and other Republicans, who have repeatedly attempted to stall the investigation, have only heightened political tensions. It has become increasingly obvious that McCarthy’s only goal is to protect the Republican Party’s reputation by trying to distance the party from any mention of the riots. How can we heal from this tragic event as a nation when even the most powerful of politicians won’t comply with these healing efforts?

While conservatives argue that the investigation is a way of dwelling on the past and that these efforts could be directed elsewhere, such a claim is absurd for many reasons. The Capitol Riots are an obvious part of the extreme political polarization facing the U.S. right now. To help foster a safer political environment in which all people feel free and safe to share their opinions, we need to work toward eliminating constant strife and bitterness (and no, Joe Manchin is not the bipartisanship we need). Political polarization shows no signs of going away anytime soon, and another Capitol Riot-like event, though in a different form, could easily occur again if nothing is done to prevent it. Thus, the investigation into the Capitol Riots is crucial in rebuilding a political framework in which everyone is able and willing to participate in the democratic system in a safe and supportive environment without resorting to violence.

The investigation plays an important role in identifying and overcoming the rampant sources of misinformation that contributed to the attack in the first place. Since the start of COVID-19, and even before, dating back to Trump’s election, misinformation has become one of the largest issues in our country, particularly in conservative circles. Misinformation related to the Capitol Riots continues to circulate all over the internet, especially on certain social media sites. Just a few months ago, when Facebook whistleblower Frances Haugen testified in front of Congress, it became apparent that sites like Facebook have been complicit in allowing misinformation to spread.

With these new revelations, it has become clear that there are little to no safeguards in place to protect people from misinformation, leaving a large portion of the population vulnerable to these ridiculous ideas. Earlier this month, during a court appearance for his participation in the insurrection, a Tennessee man admitted that he had fallen into the Qanon wormhole, mistakenly thinking that the riots would end in the arrest of multiple Congressional Democrats who had blocked the efforts to recount the votes of the so-called stolen election. Such beliefs are among the many examples that have shown the extent to which the Capitol Riots and subsequent investigation have brought to light the issue of misinformation.

However, throughout this year of discussion and reflection, one piece of the puzzle behind the event has been consistently overlooked. At its core, the riots reveal the never-ending problem of the two-party system. Indeed, January 6th has caused the Republican Party to further splinter since the riots occurred. Many ultra-right rioters cited their participation in the insurrection due to the fact that they wanted to threaten more moderate Republicans who denied Trump’s false allegations that voter fraud had occurred. Therefore, in a shallow attempt to stay united and avoid further division after the events of January 6th, the Republican Party has tried to justify the riots. For Republicans to condone such unacceptable behavior is outright disgusting and shame-worthy, yet they face almost no internal opposition to their response from within party lines. Moderate Republicans who disagree with the party and side with Democrats on the issue have consequently been shunned, despite their unmistakably logical reaction to an attempt to overthrow democracy. Now, the cult of Trump and the Republican Party have become synonymous with one another, showing just how terribly lost the party has become. The necessity of intra-party democracy, which is important for the preservation of any political party, has become increasingly clear as the entire Republican Party has become overshadowed by the false and insane rhetoric of a few of its radical members. Thus, the riots have also turned the Republican Party into the party of the ultra-right, sealing the door to any chance of potential bipartisanship and unity that Biden and others had hoped for in the aftermath of the riots.

While people are intent on fixing the political polarization that contributed to the riots, many forget that it will remain a problem until the large variety of opinions present in the political landscape are accounted for. Two parties cannot possibly account for the sheer number of different opinions that exist. We have seen this argument come to fruition in recent months, as the Republican Party has descended into complete madness, no longer representing the true views of many of the members of its party in its laughable attempt at damage control. Ironically, the party, which touts itself as a protector of democracy, has hypocritically become the exact opposite, breeding a culture of fear and toxicity within its own ranks.

Even in the midst of this mess, we can still look to the future with hope. The riots were a much-needed wake-up call for Americans everywhere. Our democracy had been crumbling for years, and it was inevitable that such an event would eventually occur. As we look back on that fateful day, we should be more thankful that our government didn’t altogether completely topple. If anything, January 6th represents a second chance. We are now faced with an opportunity to rebuild and improve our political system. Never before in our history have we had a chance to reshape our current flawed American values and mindset. As we look to the future, then, January 6th should not only be regarded as a dark day in our history but also the beginning of a new chapter. 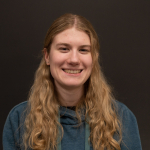