Boston College Women’s ice hockey took down the Providence Friars 4-2 on Tuesday at Kelly Rink, despite trading goals late in the third period.

Hannah Bilka scored the game winner, tucking a loose puck past the near post with seven minutes left in the game. Alexie Guay’s floating shot from distance was knocked down by Friars goaltender Sandrea Absteiter onto the stick of Bilka, who poked it home. Both Guay and Kelly Brown recorded assists on the play.

Despite heavy pressure from the Eagles, the Friars capitalized first. Three minutes into the game, Abby Newhook was called for tripping in Providence’s end, leading to a Friars power-play. The Friars’ Hayley Lunny received the puck on the point and blasted a shot through Abigail Levy’s pads to give the Friars a one goal lead. Bailey Burton and Lily Hendrikson received assists on the play.

The Eagles’ two penalties in the first helped to lend Providence momentum, with the Friars dominating possession. Shots remained even at 18, but the Friars had the slight edge in shots on goal with eleven to the Eagles’ eight. Levy was forced to make several lateral saves as the Eagles’ defense left the middle of the ice open. 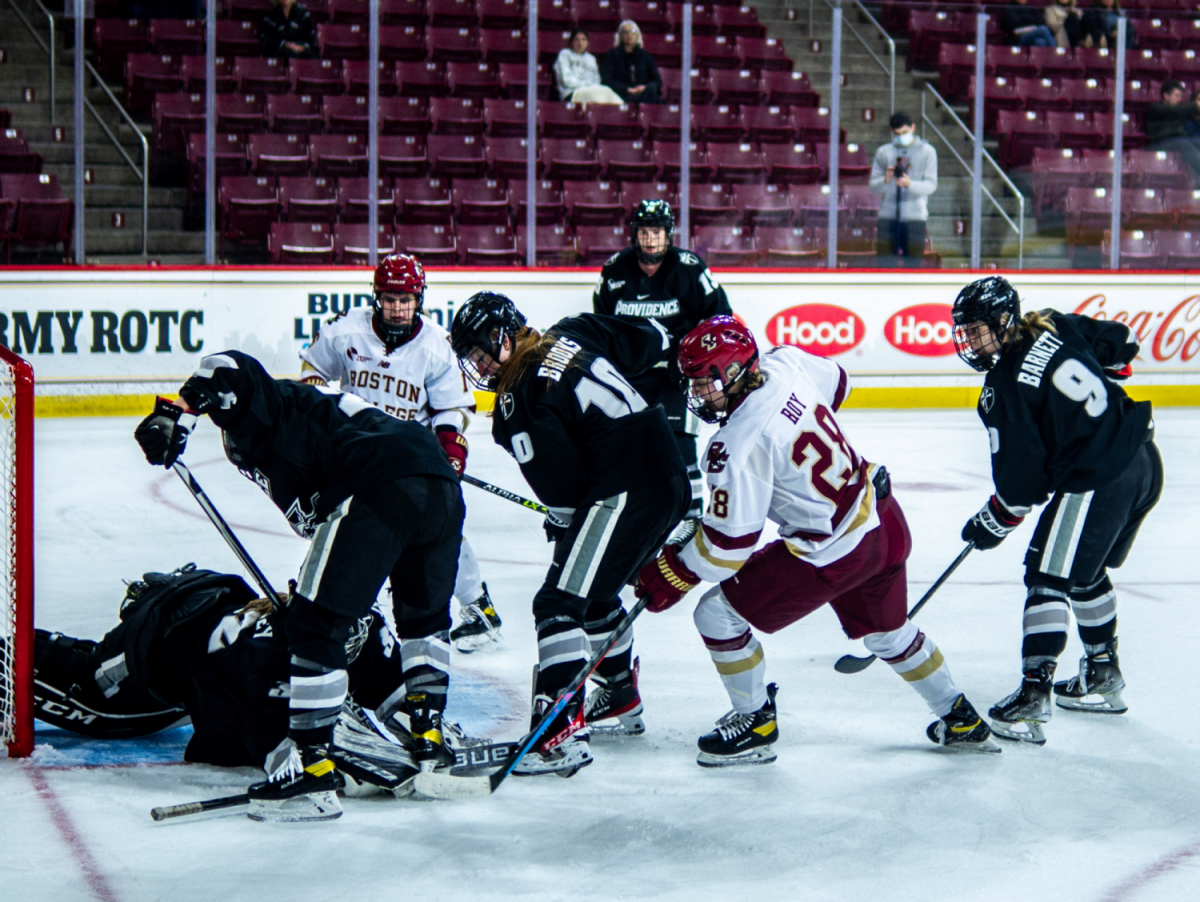 The Eagles turned the game around in the second period, dominating possession and creating several dangerous chances, while restricting the Friars to the perimeter of the ice. The pressure culminated in a Friars penalty nearly six minutes into the half. Lindsay Bochna’s trip sent the Eagles to the power play.

A minute into the power play, Newhook drove to the Providence net, rifling a shot at goaltender Absteiter, who made the initial save but couldn’t stop Gaby Roy from backhanding the puck under the crossbar. Newhook and Levy recorded assists on the goal, which tied the game.

In the second period, the Eagles managed to record 21 shots, with all 14 being on goal. They also dominated the face-off circle, winning all but one in the period. 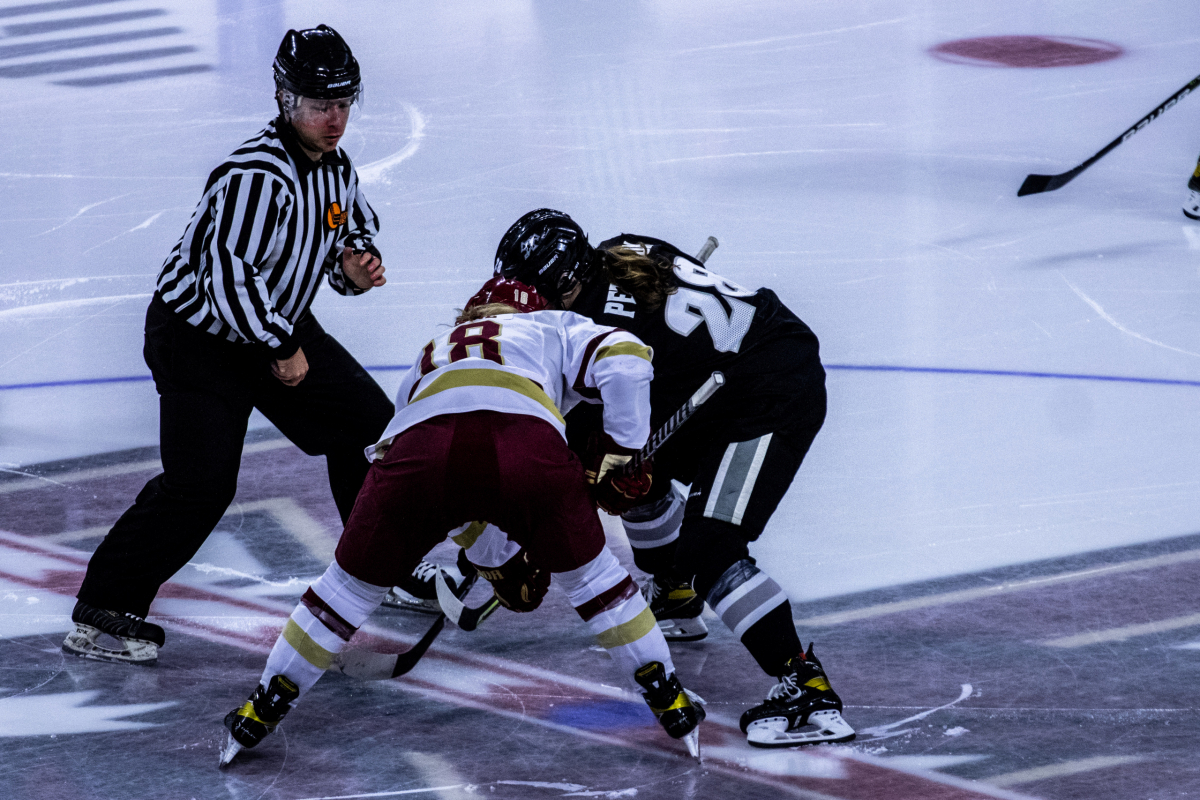 Abby Newhook scored 42 seconds into the third period to give the Eagles their first lead of the game, with assists by Bilka and Sidney Fess. Newhook received a pass on the wing and drilled home a shot that skipped through goaltender Absteiter’s pads to make the score 2-1 in favor of the Eagles.

Maddie Crowley-Cahill took a penalty halfway through the period for interference, allowing the Friars their third power play of the game. 20 seconds later, Bailey Burton hammered home the shot from the point to tie the game at 2-2. Her goal was almost a carbon copy of the Friars’ first.

Two minutes after Bilka’s third period goal, Kelly Brown knocked home one of Bilka’s shot attempts to make the score 4-2 in favor of the Eagles. The insurance goal came off a breakaway play when Bilka collected the puck on the boards and carried it into the Friars’ zone. Both Bilka and Newhook recorded assists on the play. The line combined for eight points on the night.