Home›Features›Roe v. Wade: So Much More than Abortion

Roe v. Wade: So Much More than Abortion

As the famous case of Roe v. Wade is currently being reevaluated in the Supreme Court, women around the country are fearing for more than just their right to abortion.

On Dec. 1, 2021, the Supreme Court began gathering the oral arguments of Mississippi’s abortion case that directly challenges Roe v. Wade. The case is arguing to keep Mississippi’s current law which bans abortions after 15 weeks of pregnancy. Currently, Roe v. Wade protects women's rights to abortion until the age of viability, or about 23 weeks. Within a year, Mississippi plans on changing the law to prohibit abortions past 6 weeks, before most women know they are pregnant.

Abortion is a touchy subject with a wide spectrum of opinions. Some believe that abortion should be available regardless of circumstance, while others feel that it is absolutely immoral, favoring greater restrictions on abortion access. Many people who are against abortion also see other forms of contraception, such as birth control pills, to be similar enough to warrant a ban. If the state of Mississippi is given the right to begin banning abortions, it is completely possible that other contraceptives will also be at risk.

If the court retracts its previous decision, abortion rights would be left up to each state. This means that most red states would ban abortion after a certain number of weeks and would shut down many of their clinics. Not only would this make abortion far more inaccessible, but it would also put a strain on clinics in neighboring states, who already have a difficult time getting resources. Women without access to abortions in their own state will be forced to travel for long periods of time to receive the proper care. For example, Mississippi, with a population of 3 million, contains only one abortion clinic located in Jackson. By shutting down clinics, states are putting women’s jobs at risk as women will have to travel out of state for service and ask for time off from their careers.

One of the rights that Roe v. Wade dealt with is the right to privacy, as given in the 14th amendment. The Due Process Clause allowed women the right to an abortion without governmental interference. After abortion was considered a private matter, many other cases used the case as a base for their arguments as there was a new meaning of what was considered “private”.

An overturn of Roe v. Wade deals with much more than just contraception and abortion. Many Supreme Court cases that followed the case relied on it for their decisions, noting that the case changed the game. In 1978, the Supreme Court heard a case regarding whether or not a single parent who is currently paying child support has the right to remarry without the permission of a judge. The court used Roe as a means for defense, saying that marriage is within someone’s right to privacy. This followed the famous case of Loving v. Virginia, which established interracial couples’ rights to marriage after Mildred Jeter, a Black woman, and Richard Loving, a white man, were sentenced to a year in jail.

Roe was also used in the famous case of Obergefell v. Hodges that legalized gay marriage in all 50 U.S. states. The court based its decision on the Due Process Clause and Roe’s premise of privacy. When the court decided that women have the right to an abortion, it created the precedent that people also have the right to marry whomever they choose, regardless of gender.

Without Roe v. Wade, rights that many people take for granted would not be here. Not only did the case grant women the right to abortion, but it also allowed for so much more than that. As people argue about what is to come in the current Supreme Court case, it is important to keep in mind what will truly be at stake if the court overturns the previous decision. 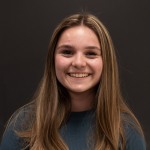