Spotify's Deal With Joe Rogan is NOT Neutral

Beyond Campus, Opinions
by Jacob Breazeale

A celebrity buys a sleek, modern mansion in Texas for $14.4 million after settling a $200 million exclusivity deal with a company. Maybe this mystery person is a famous movie star or a pop artist at their peak popularity, but either way, they just wanted to escape to the tax haven of Texas. Now, what if I told you this celebrity was Joe Rogan, the self-proclaimed everyday dude who’s “just asking questions” on his podcast amassing over 11 million listeners per episode? Escaping the high taxes of the top tax bracket in California by buying a multi-million dollar mansion in Texas is something everyone can do, right?

Recently, Joe Rogan has been in the news for multiple reasons pertaining to his podcast: fostering COVID misinformation, inviting climate change deniers onto his show, and most recently regarding past instances when he used racial slurs in his episodes, usually referring to something someone else said. Rogan removed 70 episodes from his catalog for this reason. These controversies have led to an outcry from Spotify users for the platform to cut ties with Rogan, a sentiment with which I agree. However, the underlying issues with Joe Rogan’s podcast, The Joe Rogan Experience, go much deeper than the recent controversy and stem from his tendency to fuel his fascination with conspiracy theories.

Back in 2020, Joe Rogan invited a controversial figure onto his show. This isn’t out of the ordinary for Rogan, but this particular person had been banned from many major social media platforms, including Spotify, and was known by most as nothing less than a lunatic. This man was Alex Jones, the alt-right conspiracy theorist and host of the show Info Wars. The type of person Jones is is exemplified by how, after the 2012 Sandy Hook Shooting, Jones used his platform to attack the parents of the victims, accusing them of being part of a ploy to confiscate firearms from people. To any rational person, this claim is outrageous, but to Jones’ listeners, it seemed like the only answer, and they also took to social media to harass the parents of victims.

However, when Rogan invited Alex Jones onto his show, Rogan's intentions were to satisfy his own curiosity about this conspiracy theory and supposedly didn’t actively agree with Jones’ stance. Rogan said he just wanted to hear Jones' perspective. However, in doing so, he was also giving a platform to a man whose beliefs should not be tolerated under any circumstances. In here lies the problem with Rogan’s podcast: he is willing to tolerate the intolerable to satisfy his perverse interest in conspiracy theories, or to just gain an audience of listeners interested in what men like Alex Jones have to say.

But what is Spotify’s role in this whole situation? The company has repeatedly taken a neutral stance when it comes to situations of censorship such as these, but this situation is unique. Near the end of the 2010s, Spotify had essentially maxed out its potential share of music listeners and was starting to stagnate in terms of revenue and users. To continue growing, the company pivoted to podcasts, a format largely dominated by Apple and YouTube. To lead this transition, Spotify approached Joe Rogan and his already wildly successful podcast with many loyal listeners with an exclusivity deal. The deal was originally thought to have been worth $100 million for Rogan, but was recently shown to be worth $200 million. The Joe Rogan Experience would be exclusively streamed on Spotify, bringing with it all of Rogan’s listeners. However, this exclusivity deal puts Spotify in a unique position. With other artists and podcast hosts, Spotify could claim neutrality because it was simply the platform on which these users shared their content. Spotify didn’t give these artists money to exclusively put their content on their platform like with Rogan. In doing this deal, Rogan is not an employee of Spotify, but is still an extension of their values as a company like an employee is. Spotify is not neutral.

I agree that censorship can be taken too far by large platforms like Spotify. I actually believe it shouldn’t be up to social media mega-corporations to decide what can and can’t be said by people on the Internet, but rather people acting through some sort of government agency. Obviously, this is not the case, but I see it as preferable for social media giants to stay neutral when it comes to censorship than for them to take sides.

Spotify has reiterated its neutral stance on censorship numerous times. But by not cutting the exclusive deal with Rogan, Spotify is making his controversial opinions and guests its own, and by extension, a reflection of his values. The platform is playing a pivotal role in spreading misinformation about COVID-19, giving platforms to intolerable, hateful people, and promoting the use of racial slurs. Spotify should cut ties with Joe Rogan and his show, but I see it as unreasonable to ban his show outright from the platform for the sake of Spotify remaining neutral. Undoing this deal would end Spotify’s exclusivity to Rogan’s podcast and actually act as a neutral platform by allowing The Joe Rogan Experience to be streamed from other platforms. 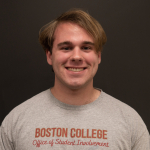