When you think about ballet, your first thought is probably women leaping and turning across the stage. Women are, oftentimes, the face of ballet. However, behind the scenes, women are much less prominent and respected. Ballet companies around the world, especially here in Boston, are working to change that. This month, the Boston Ballet is celebrating Women’s History Month with performances through its ChoreograpHER Initiative. From March 3rd to 13th, the Boston Opera House will host the Boston Ballet company as they put on performances from five world-renowned female dancers and choreographers: Tiler Peck, Claudia Schreier, Shantell Martin, Lia Cirio, and Melissa Toogood. These women are all at different stages in their choreography careers—for example, this will be Lia Cirio’s first major choreographic work, while Melissa Toogood is a seasoned and critically acclaimed choreographer.

The ChoreograpHER Initiative was announced by Artistic Director Miko Nissen on Nov. 2, 2018. In a recent press release, it was described as a “multi-year commitment in support of emerging female choreographers from within the Company and beyond.” There are three parts to this program: in classrooms, studios, and on stage. The goal is that these three elements together will shape young female choreographers to be well-positioned to create main stage works and be internationally recognized and acclaimed, as their male counterparts are. In the classrooms, Boston Ballet will be instituting the Choreography Project, workshops focusing on young female ballet students to allow them to explore their creative potential and get their first glimpse into the world of choreography. On stage, these ChoreograpHER performances are part of a larger plan by Nissen to include more new works by women on stage in future seasons. Over the past few years, Boston Ballet has also started BB@home: ChoregrapHER. These black box theater performances allow for a more intimate experience in which to showcase female company members’ works.

Each choreographer has taken a unique approach to her individual works. In “Point of Departure” by Peck, Caroline Shaw’s music serves as the canvas for the dynamic piece, loosely based on a story the composer told of an orange. The dancers split off for solos, duets, and trios, although they always return to the center together. Schreier’s “Slipstream” is set to composer Tanner Porter’s “Six Sides from the Shape of Us,” as Schreier wanted to include music from a living female composer. Her piece is rather large with a total of 18 dancers, and is based on the idea of starlings. In “Kites” choreographed by Martin, the basis is the the physical and metaphorical idea of a kite, with an emphasis on freedom of movement. Cirio’s piece entitled “Chaptered in Fragments” brings together the music of four different composers for a neoclassical ballet set on a small cast of dancers. Toogood’s “Butterflies Don’t Write Books” was inspired by an essay written by Mary Oliver. Jeff Klein composed new music for this more contemporary, modern piece showing each dancer’s individuality, as well as their cohesiveness.

Choreography in classical ballet is a historically male-dominated field. Women are prominent on stage and in other leadership positions, such as artistic directors, but are often looked down upon in the choreography world. According to the Dance Data Project, 81% of the works performed in the 2018-19 season among the top 50 ballet companies were choreographed by men. To contrast that staggering number, the ratio of girls to boys in ballet classes is 20 to 1, showing how women dominate in ballet itself, but not behind the scenes. Female choreographers are often dismissed as “pushy” or “aggressive” when compared to their male counterparts—a phenomenon that is not unique to the ballet industry. The lack of female choreographers can in part be attributed to the way in which girls receive a dance education different from that of boys. Young male dancers are taught from a young age that they are individuals, while girls find themselves being trained to be in the corps de ballet (essentially, the ensemble). In that sense, the idea that a female dancer can have her own individuality within ballet is stymied from her youth in the studio.

Boston Ballet’s ChoreograpHER Initiative is a great step towards bridging the gap between women in ballet and in choreography. Hopefully, other top companies worldwide will take similar steps in the coming years. Giving women a platform to creatively express themselves and providing them with the same commissions as men will help to address gender inequality in ballet and in the arts in general. 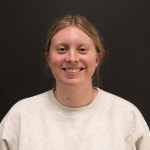