Home›Opinions›Beyond Campus›MA River Addition: The Superfund NPL Is a Step In The Right Direction

MA River Addition: The Superfund NPL Is a Step In The Right Direction

On March 14th, 2022, the EPA added the lower part of the Neponset River in Massachusetts to the National Priorities List (NPL) under CERCLA—otherwise known as the Superfund program. While this action does not necessarily have significant climate implications, it is nonetheless an important step toward promoting public health and environmental protection. It is also a clear signal to corporations that the Biden Administration will hold them accountable for their careless and harmful actions.

As noted in the EPA’s listing, PCBs have accumulated in the area over time as a result of “industrialization and urbanization in the greater Boston area,’’ caused primarily by mill operations in the surrounding communities. Consequently, potential drinking water in these areas may be contaminated, posing a major health risk. As is typical in most cases, the mill operations have occurred more prominently in low-income and minority areas, demonstrating again how environmental justice communities must always suffer the consequences created by corporate America’s blatant disregard for their well-being.

A brief historical background is useful in understanding how we got here. The Comprehensive Environmental Response, Compensation, and Liability Act, or CERCLA, was passed in late 1980 and is designed to work retroactively. This means that even if a party released hazardous pollutants into the environment years before the CERCLA was enacted, it could be held liable for the cost of cleanup years after. In addition, the act holds all parties connected accountable—whether they be operators, generators, or transporters of hazardous pollutants—which makes it a powerful tool that the federal government can utilize to combat environmental degradation and hold polluters accountable.

The NPL was added to the act to rank Superfund sites based on the severity of the site’s pollution and the urgency of cleanup. Regardless of where a site falls on the list, being added to it is enough to ensure that it will eventually get the backing of CERCLA and the resources of the federal government and private industry. Therefore, the addition of the Neponset River to the NPL is a huge win for environmental groups and communities directly affected by the pollution.

A key part of the Bipartisan Infrastructure Law passed in November was the $3.5 billion it invested in the Superfund program, which the EPA deems “one of the largest investments in American history to address legacy pollution.’’ The historic investment not only allowed for the addition of the Neponset River to the NPL but also created the funding necessary to add several other polluted sites to it as well. In the EPA’s rulemaking published on March 16th, 11 other sites were added to the NPL on top of Neponset.

These actions are an incredibly important step in both the Biden and Wu Administrations’ efforts to prevent environmental degradation and protect and advocate for vulnerable communities. Moreover, they serve as reminders that even at a time when congressional gridlock is at an all-time high and progress towards environmental protection may seem dead to many, the federal government still has tools at its disposal for restoring communities and improving marginalized communities.

Equally as important, expanding the Superfund program allows the federal government to finance site cleanup quickly so that public health crises can be avoided, and then focus later on the liability measures in CERCLA to bring litigation against the responsible parties for reimbursement. This provision is important because taxpayers and environmental justice communities should never bear the cost of industry irresponsibility. It has benefitted from the lax regulation of the past for decades, passing on the costs of pollution to vulnerable communities while enjoying ever-growing profit margins. And, while many corporations have made a popular argument against retroactivity that says, “you can’t follow a rule when it wasn’t a rule at the time,’’ the reality is that it doesn’t take a rocket scientist to figure out that releasing hazardous waste into the environment will have catastrophic consequences for the surrounding population.

Corporate greed drove us into the climate crisis, and it is about time that the United States government forced corporations to deal with the consequences of their careless actions. While Superfund cleanups may seem like small steps in the larger climate fight, their continuation shows that we can put people before profit if the federal government uses all of the tools at its disposal. 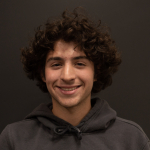