Off Campus, Sports
by Sidd Bharadwaj

Coming out of what felt like a never-ending fever, the MLB has rebounded in great fashion.

There have been numerous big signings, the most notable being Freddie Freeman signing with the Los Angeles Dodgers on a six-year, $162 million contract. Once the Braves signed Matt Olson from the Athletics to an eight-year $168 million contract, it was inevitable that Freeman would leave the Braves.

Unsurprising to most fans, he signed with the Dodgers, who already have a World Series caliber team, and the addition of Freddie Freeman will contribute to even more success. As of April 1st, the Dodgers added yet another notable name to their roster as well. The Chicago White Sox dealt closer, Craig Kimbrel, to the Dodgers in exchange for outfielder, AJ Pollock.

The Dodgers have extreme depth at nearly every position; however, they needed to fill their closer role after Kenley Jansen left for the Braves. The Dodgers also have Chris Taylor, who most likely will take over the role of AJ Pollock, so it seems as if the Dodgers have gotten even better after the signing of Freddie Freeman.

Another big signing that occurred on March 19th was Carlos Correa who joined the Minnesota Twins. This came as a surprise to many baseball fans around the league. With this 3-year $105.3 million deal, Correa became the highest-paid infielder in MLB history.

The Twins also gained depth in the roster by acquiring right-hander, Sonny Gray, and Minor League right-hander, Francis Peguero, from the Reds in exchange for Chase Petty, their 2021 first-round selection.

One of their most notable stories for the Twins is their current streak of 18 straight playoff game losses. The first step, however, is actually making the playoffs. In their 2021 season, they finished last in the AL Central, at a record of 73 wins and 89 losses. Correa is coming off a strong season where he was batting at an average of .279 with 26 home runs and 92 RBIs. His addition to Minnesota, along with Sonny Gray, will hopefully give the Twins a chance at competing for a playoff spot.

Earlier in December, the New York Mets made one of the biggest purchases of the offseason. The Mets already have Jacob Degrom, who is considered one of the best pitchers in the league, and they signed Max Scherzer on a three-year, $130 million contract. This contract is an MLB record in terms of its annual average value, where Scherzer is making $43.3 million a year.

Although he is 37 years old, Scherzer is still showing extreme dominance without any signs of decline. As long as the Mets stay healthy, they have the potential to make a deep postseason run, due to one of the best rotations in the MLB.

The Mets looked like a playoff contender at the beginning of the 2021 season when Degrom posted seven wins and two losses over the course of 15 games, with a 1.08 ERA. For reference, the pitcher with the lowest earned run average during the 2021 season was Corbin Burnes, who had an ERA of 2.43; however, he pitched in 28 games, compared to Degrom’s 15 games. Degrom’s season was cut short on July 7th due to a right forearm strain; however, Degrom had the potential to make history. He will look to repeat that success this season.

Also on the East Coast, Red Sox fans were filled with fluctuating emotions. Jose Iglesias, who showed some real potential towards the end of the 2021 season, signed a one-year contract with the Rockies. Kyle Schwarber, who was traded to the Red Sox midway through the 2021 season, left and signed a four-year deal to go to the Phillies.

After both of these disappointing departures, Red Sox fans were given something to be happy about when they signed Trevor Story to a six-year, $140 million deal. Story, who played shortstop in Colorado, will be moved to second base because the Red Sox already has Xander Bogaerts, who is considered to be one of the best shortstops in the league.

This MLB offseason was filled with so many notable signings, including many that weren’t listed such as Corey Seager and Marcus Semien to the Texas Rangers. The league looks completely different than it did a season ago, which will lead to an extremely exciting start to the season come April 7th.

Many fans have been and are criticizing the MLB for not having a salary cap. Among the five major professional sports organizations in North America, the MLB is the only one not to have a salary cap. This has become extremely exaggerated during recent seasons, especially with the Dodgers' big-name additions such as Trea Turner, Max Scherzer (during the 2021 season), Freddie Freeman, and Craig Kimbrel to their already impressive roster. This brings many interesting and potential issues for MLB fans, owners, and committees to look into in the upcoming years, which may completely change the dynamic of the MLB as we know it. 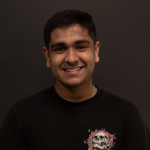