We tend to forget about the past in favor of the present and the future. This is often a good thing. Our brains naturally filter out the bad parts of our experiences and interactions so we don’t have to dwell on them. That’s why marathon runners eventually want to run another marathon. They remember the amazing feeling they had when they finished, but quickly forget the extent of the pain that led them there. This property of neurology goes from generally good to very bad when we apply it to history. American educators and parents convincing their kids that they should pay attention in social studies will tell you that history often repeats itself, and learning about the past can help us recognize and avoid negative repetitions in the present.

For example, it just so happens that strong-arm dictatorial rulers tend to come to power in similar ways. There is even a 6 episode Netflix docuseries narrated by Peter Dinklage titled “How to Become a Tyrant,” which details a potential path to power. It’s meant to be a little funny, but it’s also very scary.

The series describes a path strikingly similar to that of Russian president Vladimir Putin, who, among other things, controls the truth (Episode 4), crushes his rivals (Episode 2), and reigns through terror (Episode 3). We see all of this in Putin’s violent attack on Ukraine. I will spare you an account of the horrors Russian troops are inflicting on the Ukrainian people, but I’m sure you’ve heard many of their stories. Since the beginning of the attack, more than 4.6 million Ukrainians, over a quarter of the nation’s population, have left their homes to become refugees in various European countries. Those seeking asylum in the United States are joining refugees from Central and South America at the US-Mexico border, and experiencing the effects of America’s anti-immigration policies.

In mid March, the Biden administration agreed to take in 100,000 Ukrainian refugees, which sounds encouraging. It comes off as decidedly less generous when we compare it to Moldova, a country with less than one hundredth the population of the US, which has also settled 100,000 Ukrainians within its borders.

America’s immigration hesitation is actually pretty baffling. Students of history and those who romanticize America’s founding will remember that this country was built by people who came from far and wide to escape violence and oppression. The Puritans ran from religious persecution in England, the Irish came fleeing conflict and economic depression, Germans came to seek shelter from political unrest and a revolution in their nation. You should recognize some of those motivations, because they are shared by refugees from the Middle East, Central and South America, and now Ukraine. So why don’t we take these people in like so many of our ancestors were taken in decades or centuries ago?

To me, it is a matter of national pride. We should expect the tired, poor and the huddled masses to seek refuge in the United States, we wrote that on our most famous monument. If we believe we are the greatest country in the world, shouldn't we act like it? If we turn too far inward and forget about the world around us, we are no longer global citizens and we cannot claim greatness over anyone.

Why has freedom and liberty begun to carry a nationalist sentiment? Is every individual in the world not searching for these things? We are the land of the free and the home of the brave, and are the people of Ukraine not brave and seeking freedom, and brave in their pursuit of freedom? Syrian refugees who have crossed the world to arrive at this border. Are they not brave enough? Did they not leave a nation torn by dictatorship to seek their freedom? I don’t understand where and why we draw the lines of acceptance into the American dream.

So I think we should make an effort to remember our past, even if our brain so badly wants us to focus on the present. Remembering the parts of history where doors were opened for our ancestors should motivate us to open more doors in the future. I am ready to believe that America is the greatest country on Earth. Right now there are people in need, so let's prove it. 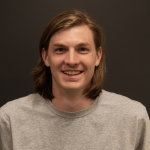