The Impact of Queen Elizabeth's Death on UK Sports

On Thursday, September 8, 2022, Queen Elizabeth II passed away after 70 distinguished years of service to the people, the longest reign of a British monarch. The Queen’s death caused the subsequent postponement of all sports matches last weekend, as well as many matches this weekend in the Premier League due to the ten-day mourning period. While some games in the league this weekend will remain postponed -- including Manchester United v. Leeds United, Brighton v. Crystal Palace, and Chelsea v. Liverpool -- the matches that will continue on as scheduled will hold a moment of silence before the game, black armbands will be worn, and flags are to be flown at half-mast.

However, is this the best way to respect the late Queen Elizabeth II, a sports fan herself? With no clear traditional protocol, many sports organizations within the Commonwealth have been uncertain about the correct approach. Games were canceled following the death of Diana, former Princess of Wales, while they continued after the death of King George VI. This calls into question the purpose of sports for the community during a period of mourning.

After 70 years on the throne, the Queen has become an integral part of English culture. Many have not lived long enough to know another ruler of the United Kingdom. Perhaps this break will allow fans time to adjust to the new wording in the National Anthem, and their new figurehead, King Charles III.

But how will the players adjust?

The timing of the World Cup in Qatar has caused the EPL not only to start the season early but has compressed the schedule as well. The already shortened season is being further impacted by the postponement of one, and in some cases, two games to honor the Queen’s passing. This shortened season brings the risk of injury to the players, who have been forced to change their schedules twice already this season.

Is respect for the Crown disrespectful to the nation’s real crown jewel: football? 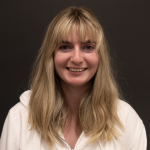