Beyond Campus, Opinions
by Addie Metzger

Halfway through August, my local school district released my younger brother’s high school schedule. Immediately, he brought me the paper, demanding my review of the teachers he has this year. To my surprise, I recognized almost no names on the list. Surprised that we had no overlapping teachers, I googled the staff directory to find that many of my high school teachers are no longer listed. This revelation prompted me to wonder: why did so many of my teachers leave their jobs?

Looking further into the issue, I quickly found that my high school was not the only district facing a school staff exodus. Despite a critical need for remedial education, the average American K-12 student is five months behind in math and four months behind in reading. Many schools are entering the academic year with insufficient teaching staff to address these complex deficits exacerbated by the pandemic. In a recent poll of 535 principals and district leaders, nearly three quarters of administrators reported insufficient staffing for the current academic year. In some states, staff shortages have reached such concerning levels that governments are patching together haphazard solutions to find classroom coverage. For example, Arizona now allows college students to fill teaching positions. In Florida, military veterans who have served for at least four years do not need a bachelor’s degree to begin teaching in classrooms this fall. While not all districts are reaching this level of desperation, the effects of post-pandemic teacher shortages are felt from coast to coast. In Massachusetts, a state often praised for its high standards of public education, Boston Public Schools were still scrambling to fill over 200 teacher vacancies before the beginning of this school year.

Teaching is a historically overworked and under-compensated field. The current state of education reveals a multitude of reasons why school staff have finally reached a breaking point. These factors include pandemic-related burnout, lackluster compensation, and a recent culture war surrounding educational content in K-12 schools.

Unsurprisingly, after years of teaching through a pandemic, burnout is a primary factor forcing school employees out of the profession. When asked if burnout has contributed to staffing issues in their district, a local high school teacher responded that “burnout has prompted some colleagues I know to take early retirement … I also have a couple of friends and colleagues who are taking leaves of absence to pursue other career fields for the same reason.” Lackluster support for teachers after years of unprecedented demands are a recipe for burnout, proven by this faltering national return rate to the profession.

In addition to pandemic-related stressors, teachers are also facing strain due to increased politicization of their profession resulting from culture wars. Right-wing fear mongering has opened a gateway for legislation that further restricts teachers' freedom of speech. Following the passage of Florida’s “Don’t Say Gay” bill and misrepresentations of critical race theory in the media, teachers in many districts face new limitations to what they can say about LGBTQ+ issues, race, and U.S. history. An uptick in book bans is yet another example of political alarmism intruding on teachers’ ability to effectively do their jobs. These mounting threats are pushing many teachers to reconsider if education is the best field for their wellbeing. A local teacher noted that “the high stakes nature of the job was so anxiety-inducing for a new school counselor in my district…that she left mid-year. I think a big part of that was the bureaucratic minutia she had to deal with coupled with overreaching parents. She felt that she couldn't serve her students with those two barriers. She's now in sales and significantly happier.”

It is also critical to recognize the disproportionate rate that Black and Hispanic/Latino teachers are feeling this pressure. In a poll conducted by the National Educational Association, a shocking 55% of all educators interviewed reported that they are considering leaving the profession earlier than originally planned. When considering how the responses varied demographically, the numbers show that 62% of Black and 59% Hispanic/Latino educators are looking toward the exits. This variation displays how “push factors” impact teachers of marginalized racial identities even more than their white colleagues. In a field that is heavily dominated by white women, it is critical that POC teachers’ grievances are addressed urgently.

Unsurprisingly, the stakes of this school staffing shortage are even more dire in underfunded districts. According to research conducted by Brookings, gaps in standardized test performance between low-poverty and high-poverty elementary schools grew by 20% in math and 15% in reading since before the pandemic. In a climate where at-risk students require more individualized attention for remedial education, stretching the remaining teachers so thin only exacerbates an already vast injustice.

In a traditional capitalist system when the need for a valued labor force is high, wages become more competitive in that sector. This moment must force a national reckoning to reconsider teachers’ role in society and duly compensate educational professionals. Prioritizing teachers’ wellbeing naturally prioritizes the next generation’s success. With persistent efforts from teacher unions and enough social pressure from communities, productive change can be made. This dire situation must force a long awaited increase to school staffing budgets. Until then, schools will remain understaffed, teachers will remain under-compensated and under-supported, and students will be left to bear the brunt of a failing educational bureaucracy. 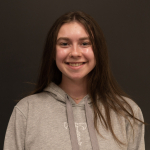