Best Storylines in the Final Stretch of the MLB Regular Season

September is always the most exhilarating month in baseball, full of clinches and eliminations, at that has rung true in 2022; as the final week of MLB play is underway this first week of October, there are tons of compelling storylines, history makers, and intense postseason races. Here’s everything you need to know going into the final stretch and postseason of our nation's pastime.

Future Hall of Famer and Saint Louis Cardinals legend Albert Pujols has made his case for the greatest power hitter of our generation. The Machine currently sits alone at 4th all-time in career HRs after hitting surpassing landmark number 700 against the Dodgers on September 23, passing Yankee and Mariner great, Alex Rodriguez. Only 3 other players in MLB history have ever hit the 700 mark, and with currently 703 HRs, the whole baseball world has witnessed Pujols join the likes of Bary Bonds, Hank Aaron, and Babe Ruth.

Ohtani vs. Judge for AL MVP

Despite the National League MVP race practically being determined a month ago by Cardinal star and triple-crown hopeful Paul Goldschmidt, the American League's most valuable player race is still wide open. Aaron Judge is having a historical season, boasting 57 HRs (20 more than any other player), 123 RBIs, and a .310 AVG. His astounding presence at the plate has helped the Yankees hold the second-best record in the American League at 86-56. That being said, it’s always hard to ignore a player like Shohei Ohtani. The Angel’s two-way superstar has hit 34 HRs and 88 RBIs at the plate and struck out 188 batters with a 2.55 ERA on the mound. With both Judge and Ohtani bringing so much to their respective teams, it will be fun to watch their MVP battle come down to every last game.

As a die-hard Mets fan, this one hurts. After being as many games as 12 ahead of the Braves earlier in the season, the Braves and Mets have already begun flip-flopping between first place. Both teams have played exceptional baseball up to this point. New York has an 98-61 record, while Atlanta has pushed ahead to 100-60 thanks to their sweep of the Mets in their three-game September 30th to October 2nd series. The Braves' ranking at the top of the NL East is now practically uncontested. If bragging rights between the rivals wasn’t enough, it’s also very likely that as winner of the NL East, the Braves will advance to the Divisional Round.

Outside of the NL East, the rest of the divisional races are nearly decided. The Dodgers have already clinched the NL West, and the Cardinals have a comfortable lead in the Central. In the American League, the Astros have not only earned the AL West crown, but have done so with the best record in the AL, and the Yankees and Guardians are each a few games up in the East and Central. As for the wild card spots, in the National League, Atlanta will have the first wild card, and while New York, Philadelphia, and San Diego currently hold the remaining spots, the Brewers have closed their deficit down to just 1.5 games. In the American League, despite the best efforts of the Baltimore Orioles, Seattle, Toronto, and Tampa Bay are heavy favorites to punch their tickets to October.

With something to cheer for in practically every game, this final week of the regular season should be more than entertaining. It is also important to keep in mind that even though a lot of the postseason races seem finished, in baseball, anything can change in just a few games. 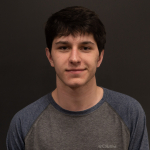