Home›Culture›Challenges Regarding the 2022 Massachusetts Election

Challenges Regarding the 2022 Massachusetts Election

Massachusetts residents: ready your ballots! There are only a few weeks until statewide general elections, and every vote matters. But while everyone at The Gavel might feel thrilled to vote, it seems like that is not quite the case for the rest of Massachusetts. The Bay State has an electoral problem, fueling low voter turnout and civic disengagement.

For the past few election cycles, Massachusetts has led the nation in uncontested races for state government seats. On this year’s ballot, unopposed elections comprise 64% of all State House and Senate races; over 50% of state lawmakers will not see a challenger in the primary or general election.

These non-competitions are just a microcosm of the state’s electoral landscape. Over the past decade, Massachusetts has cemented its title of least competitive elections. As much as uncontested races can help the Democratic platform, overcrowding elections with them can be damaging to broader Leftist agendas and democracy as a whole.

Besides uncontested races, other factors have also decreased election competitiveness. Districts in Massachusetts rarely swing either Republican or Democrat, allowing incumbents to breeze their way to victory in general elections. When incumbents do face primary challengers, the overwhelming advantage of support from established political parties tends to keep them in office. Much of this comes back to the Democrat and Republican party strategies in the state. The Massachusetts Democratic Party has no reason to challenge incumbents when they have such firm control over Beacon Hill. Furthermore, the Massachusetts GOP has moved further right over the past few years, which threatens donations and has tanked their statewide influence. The result is a weak political party that cannot afford to waste resources on young, urban, and well-educated voters (who tend to strongly prefer progressive candidates).

This is great news for almost all moderately liberal agenda items. After all, Massachusetts has a very liberal tax code and is supportive of reproductive rights and gender-affirming healthcare. But more progressive policies, even when popular, struggle to a surprising extent. This disconnect between the progressive population and the moderate state house can likely be attributed to subpar election competitiveness. When elected officials come from districts with uncontested races, they perform worse. They sponsor less legislation, skip more sessions, and are less likely to support policies that a majority of their constituents do.

Massachusetts’ voter turnout only compounds these issues. Despite being the most liberal state in the US, unimpressive turnout, especially in midterm years, characterizes most elections here. In primaries this year, despite the wide availability of mail-in ballots, only 22% of all registered voters participated.

In tandem, low turnout and uncompetitive elections are the perfect recipe for voter apathy. Unimportant elections become a self-fulfilling prophecy—when elections are less competitive, people do not want to vote, making elections less competitive, ad nauseum. Altogether, this drives a division between popular policies and political agendas, as state officials become even more detached from constituents.

In our current political climate, state-level representation matters more than ever. With an increasing number of issues— abortion, drug enforcement, and immigration, to name a few—left to state governments, every representative matters. For example, progressive lawmakers in Massachusetts have repeatedly tried to regulate dental insurance with the same standards already applied to health insurance plans, but on an almost yearly basis, attempts to update dental insurance laws fail because of opposition from centrist democrats and insurance lobbyists. In spite of a democratic supermajority and broad public support for increased industry regulation, dental insurance has become another victim of uncompetitive elections.

Hearing about the declining effectiveness of democratic institutions may not fill the average voter with joy. However, it is important to remember that voting for liberal representatives and ballot measures, whenever possible, remains the best recourse available.

For local representatives with limited campaign resources, registering to vote (and then following through) attracts attention. State politicians and political parties are more likely to listen to young people if their voter list is full of them. Political parties may have contributed to this problem, but acting to modify their strategy can help fix it.

Ballot measures represent yet another way for people to demonstrate the popularity of certain issues to politicians. State democrats may have failed to update dental laws, but a citizen-led initiative turned that issue into a ballot measure. So as demoralizing as a faltering two-party system can feel, there is still good reason to turn up on November 8th.

If we are to glean anything from the past six years of elections, it is that voting really does matter. Whether it is for representatives, ballot measures, or even governors, every voice counts. Registration closes at the end of the month – vote! 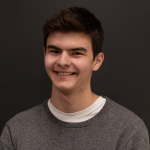