Boston Is Segregated, Not Diverse

Boston has become known as a diverse and welcoming city by many, going so far as being ranked the 5th most liberal city in the United States. And although Boston has become more diverse over the years, according to the U.S. Census, diversity in Boston is not as simple as some imagine it. According to a report based on the 2020 Census, Boston ranked 11th for segregation out of the country's 50 greater metropolitan areas with large Black populations. So how has this happened, and why aren't people more aware of it?

Racial segregation has long-standing roots in this country, especially within a city like Boston. In the 1800s, Black residents and other minorities were often barred from living in certain areas; a deed in 1855 stated that no structure in the Brookline area could be erected for the occupation of Black people or natives of Ireland. This banning was not uncommon and set the foundation for many other racist urban developments. Even though racial zoning laws were ruled unconstitutional by the Supreme Court in 1917, housing discrimination in Boston was far from over. The Federal Home Owners' Loan Corporation (HOLC), a result of the New Deal, was created in 1933 to refinance Depression-era homes and color-coding areas based on "risk" level. These ratings marked areas with high Black populations, like Roxbury, as red and positively increased the ratings the more predominantly white the area was. Even if areas had good public transportation or education systems, their ratings would be negative if too many Black families lived there. Hence the concept of "redlining," which negatively impacted Black families' ability to own homes. Because private-sector mortgage lenders frequently refused to finance homes in red and yellow zones, many Black people were forced to rent, resulting in less long-term stability. This housing issue isn't confined to the 1930s either, despite what many may think. A WBUR analysis from 2015-2020 found that Black people were denied mortgages at three times the rate of white people in Boston. In a city where rent is becoming more expensive, the prevention of homeownership by Black residents further solidifies the lines of segregation within the city of Boston.

Another event that further exacerbated the racial divide was the increase of people of color moving to Boston between 1950 and 1960 who weren't able to utilize the benefits of the federal incentives or subsidies being offered to white people. This prompted them to go to the already overcrowded neighborhoods in the South End, Dorchester, and Roxbury, where many Black people still reside to this day.

All of the racially discriminatory policies mentioned (along with many others) have resulted in the modern-day segregation that currently plagues Boston. An estimated two-thirds of Boston's Black residents live in Dorchester, Roxbury, and Mattapan, according to the Boston Magazine article above. To compare, the North End (which many of us know for the occasional weekend pasta) has a 91% white population. This fact is hard to ignore. What's even harder to ignore is the effects the increasing cost of living in Boston has on these communities.

Boston housing and rental prices are the third highest in the country after San Francisco and New York City, with the average rent being $3,462 per month. This means that many people can no longer afford to live in the neighborhoods they used to call home, and are therefore being driven out of the city. A staggering statistic in 2015 done by the Federal Reserve Bank of Boston shows that the average white household's wealth in Greater Boston is $247,500, yet the average Black household wealth is $8. With these numbers, it's easy to see which group is at greater risk of being driven out of the city due to increasing rental and housing prices. A 2020 study ranked Boston as the third most gentrified city in the US, with neighborhoods in the South End, Jamaica Plain, and Dorchester seeing the largest declines in people of color.

Not only have Black communities been pushed to specific areas by different legislative and economic tactics, but they are now being bought out by young professionals due to the increasing cost of living. These neighborhoods that communities for generations have called home are being redeveloped and resold to young people looking to get a slice of city life. Ask any Boston College student where they plan on living after graduation, and you will likely hear the word "Southie." The influx of young workers into an area founded by working-class Irish immigrants is displacing many Irish workers and minorities. When you consider the displacements in Jamaica Plain and Dorchester, it's clear how gentrification harms black and other minority communities.

So what can be done? It's important that Black residents can continue to afford to live in Boston while simultaneously not restricting them to certain areas. Due to the current housing crisis in Boston, competition for affordable housing options is intense. Mayor Michelle Wu announced earlier this year that the city would invest $40 million in 14 affordable housing projects. These affordable housing initiatives should seek to provide integration along with support, and should not be restricted to certain neighborhoods. It's important to acknowledge Boston's historical and current racial segregation in order to work towards policies and improvements in urban planning. 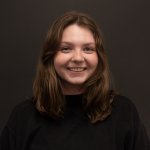