Home›Features›Intramurals at BC and the Mission for a Mug

Intramurals at BC and the Mission for a Mug

The floodlights in Alumni Stadium illuminate the kickball diamond. I feel the turf beneath my old and smelly running sneakers. My heart races the way it used to before high school sporting events. It’s the last inning of the quarterfinals of co-rec intramural kickball. After a tough-fought game where my team was all over the place in the first inning but finally hit a stride and found our rhythm, our last kicker is at bat at the end of extra innings. That kicker is me. We are one point down and the pressure is on—we’ve got a man on second and third, and two outs.

As I step up to the plate, I contemplate where to place the ball; do I wham it as far as humanly possible? Or do I hit a line drive, hoping I can run faster than the shortstop can throw? I make piercing eye contact with the pitcher as they wind up in preparation for the most important play of the game. The ball rolls towards me and meets my laces. With any hope of harnessing strategy out the door, I kick the ball as hard and high as I can into the outfield. A speedy outfielder chases my kick, and in a theatrical dive, catches the ball and wins the game.

Thankfully, my friends have since forgiven me for this shameful effort. I am still determined to redeem my honor after this game-costing play. This is one of my most salient Boston College memories—all thanks to intramurals.

Intramural sports are a huge part of BC’s culture, especially among NARPs (Non-Athletic Regular People). Each season, there is an opportunity to create a team of friends, classmates, clubmates, roommates, or any configuration of people you are able to scrape together to join an intramural team. Leagues are either single-sex or co-rec, and largely range in seriousness and legitimacy. You can relive your high school soccer glory days on a competitive soccer team, or make a complete fool of yourself in walleyball (encaged volleyball where the walls are fair game). Intramurals are a great way to create camaraderie and inevitable inside jokes when one of your less coordinated teammates makes a fool of themselves. There are plenty of opportunities to register a team and plenty of sports to test your luck at.

Behind the fun and camaraderie of intramurals, intense competition drives the intramural craze at BC; this competition is over the glorious victory mug. That’s right, a mug. If you’ve ever walked through the Mods, you may notice tall, off-white ceramic mugs showcased proudly in the windows. Once a BC student becomes aware of the elusive mug, it immediately goes on their bucket list to graduate with one in hand. Winners of championships receive a t-shirt and a mug, and the fierce competition for the status of a mug is what makes intramural sports such an integral part of BC’s culture.

So, if this article is your introduction to the relentless pursuit of the mug, it’s time to start drafting your team and—more importantly—coming up with a cheeky team name. Once you’ve got your team together, keep an eye out for emails from IMLeagues about upcoming seasons. Navigating the IMLeagues website is a treacherous task, so once your team is together and you’re registered for a league, you’ve already conquered the hardest part of the quest for a mug. You can pre-register a team before each season begins, then you will have a two-day window to select when your games will be. Emails will be sent out to remind you of these deadlines. Make sure to consult with your teammates in terms of a time that works for games! Once the regular season is over, you may progress to playoffs, and those games won’t necessarily take place at the time your team indicated.

BC students receive regular emails when new intramural seasons begin, so be on the lookout for those emails if you’re hoping to take part in the quest for the mug. Intramural sports are a great way to engage in structured play with friends. While I’ve certainly had some heartbreaks through intramurals (I’ll get over them some day), I’ve also had tons of fun and am still on the prowl for one of those glorious mugs. The importance of intramurals in BC campus culture is spelled out clearly in BC intramurals instagram’s bio: “We do it for the mug.” If you’re tired of the endless disappointment from BC’s varsity teams, intramurals serve as an opportunity to bring honor to your name and, hopefully, see some W's! 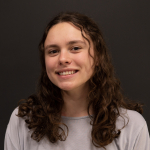