International superstar Kanye West is constantly making headlines over his music, business ventures, and personal life. Over the last few weeks, he has once again been featured in the top headlines, but not for the right reasons.

West received major backlash after making anti-Semitic comments. Major companies such as GAP, Foot Locker, and Adidas have all dropped West, although not all with the same level of steadfastness. Adidas in particular was slow to drop West, and it wasn’t until public criticism of the company grew that Adidas finally decided to drop him. In getting dropped by a number of companies, he has lost out on hundreds of millions of dollars and has officially fallen out of Forbes' list of billionaires.

While West’s words have directly affected him financially, they have also negatively affected his own companies. In 2022, he formed Donda Sports, a sports agency company designed to help athletes market themselves through another platform. The agency, still in its infancy, was able to sign NFL superstar Aaron Donald and Celtics all-star Jaelyn Brown. However, in the midst of West’s anti-Semitic comments, both have decided to end their relationship with the agency.

Despite the major backlash against West, one former professional athlete has not backed down from his support of Kanye West and Donda Sports. After an abrupt ending to his tenure in the NFL, Antonio Brown was named the president of Donda Sports upon its founding. Brown, who seems to have formed a friendship with Kanye West, issued a recent statement on twitter showing support for his friend:

“I remain committed to bringing new ideas, experiences, and designs to our world. I remain in support of the humanity that is Ye.”

West’s actions are also negatively affecting the lives of others. The fate of West’s Donda Academy, a high-end prep school designed to develop some of the best basketball prospects in the country and enhance their brand, is uncertain due to his comments. The students attending this academy are all transfer students who pay around $15,000 a year in tuition. Multiple opponents have canceled games against the school, and Donda Academy has also been dropped by several tournaments amid rumors the school may close. Two players have transferred from Donda Academy, with one of them having difficulty finding a home after relocating schools.

The fallout from Kanye West’s comments has obviously hurt West financially, but the impact that his words will have on other individuals who have nothing to do with what he said may be even greater and will not be seen by many. 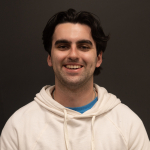